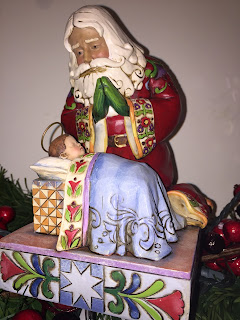 One of my favorite depictions is Santa worshiping baby Jesus.

A war  on Christmas exists today. Many don't want this depiction displayed of Santa and Jesus. A large number wish everyone to be politically correct, whatever that means. What's politically correct today will change tomorrow. Groups want Christmas trees gone and the Nativity scenes removed.

A number of folks comply with this stupid political correct business. They remove all things Christmas from yards and speech. Some even want to do away with Santa. Sigh.


Santa isn't ashamed to worship. He isn't fearful of being politically incorrect. Are you?

I'm not. In fact, I'll be leaving to teach my Bible class with worship to follow in a few minutes. We're studying the book of Joshua. Fascinating study. Did you know Joshua had enough faith to command the sun to stand still and it did! For an entire day, the mighty light didn't move. Read it in the tenth chapter of Joshua. Old Josh wasn't ashamed. He told the fledgling Israel nation this: "as for me and my house, we will serve the Lord." Joshua was politically correct, wasn't he? His idea of political correctness was to do what God said.

Jesus once said  "Truly I tell you, if anyone says to this mountain, 'Go, throw yourself into the sea,' and does not doubt in their heart but believes that what they say will happen, it will be done for them." Mark 11:23.

I'd like to have the faith to make the sun stand still or to move a mountain. I don't, but Joshua did.  The servant of Moses wasn't ashamed to worship, and he didn't care what the entire nation thought about his declaration to serve the Lord, his God.

Santa Claus isn't ashamed either.  Back in the day, before anyone dreamed up political correctness, Gene Autry got the idea for a song.

Here's the history of the sweet, popular song from Wikipedia.


Autry got the idea for the song after riding his horse in the 1946 Santa Claus Lane Parade (now the Hollywood Christmas Parade) in Los Angeles, during which crowds of spectators chanted, "Here comes Santa Claus". This inspired him to write a song that Haldeman set to music. Autry's lyrics combined two veins of the Christmas tradition, the mythology of Santa Claus and the Christian origin of the holiday (most explicitly in its mention of the nativity promise of "peace on Earth").
Autry first recorded the song in 1947; released as a single by Columbia Records,
https://en.wikipedia.org/wiki/Here_Comes_Santa_Claus

Kneel at the manger. Worship Jesus. Say fooey on all that political correct mess. Wouldn't you rather be correct in the eyes of God than man? I hope the answer is yes. 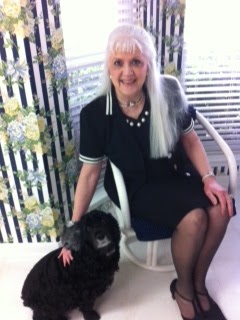