Housebound and Down but Up

I knew Julie B. Cosgrove had gone through health issues, and I asked her to share how she manages them.  As most of my readers know, we take care of a declining daughter. This situation brings me emotional pain and recently, I had a knee replacement. The present physical and emotional agony made me reach out to friends. I hope their comments help you too.

In the Bible, Job was a man who lost everything in a very short time. Everyone thought he must have done something horrible to deserve such a fate. Yet, Job kept his faith. Eventually, God came through and restored his life with blessings to offset the tragedy. In the meantime, Job’s faith, though challenged, grew enormously. In fact, he said, “Shall we indeed accept good from God and not accept adversity?” (Job 2:10). Many people, like me, have had a “Job year.”

I have been housebound in a one-bedroom apartment for almost a year due to a failed surgery. I could barely walk across the room with a rollator, much less navigate the stairs to the parking lot or drive. Getting to doctor visits, trying to find one who would take on the challenge of repairing the failed hardware in my body wiped me out for two days! After five doctors and five small in-office or day surgery procedures, I finally found a doctor in a larger city’s medical school an hour away who agreed to try. Now I just had to wait ten weeks for an opening in his schedule. Progress.

During this time, I have also undergone two unrelated, unexpected surgeries which debilitated me even more and challenged my ability to live alone. But with the help of my son, who lives forty-five minutes way, and some close friends, I have muddled through. And of course, by the grace and mercy of my Lord!

All along, I have had a choice, just like Job, and perhaps just like you. I could get depressed, sulk, and moan…or I could thank the Lord for being right there with me through this and watch Him working it out for the good. Notice the little serendipities that come my way or concentrate on the plight and pain. Cast my eyes down onto my problems or raise them up in prayer.

Ten years ago, I started my own blog, "Where Did You Find God Today." I have written hundreds of blogs about the little ways I have seen God moving in my life in the hopes of encouraging others to do the same. Now, I wallowed in a trial which challenged me to “walk like I had talked.”

Being unemployed, I admit that after a few months, I began to feel anxious. For reasons I won’t get into, I fell through the cracks in my state’s rules and did not qualify for unemployment compensation. I had no income. But God took care of that! Two people from my old job decided to branch out on their own and hired me virtually to be their administrative assistant. Now that commute I could handle! In thanksgiving, and repentance for not trusting Him more, I bought myself a mug to remind me to CHOOSE JOY!

Like Job, my faith has stretched and grown. Growing pains are painful, but worth the effort. I have greatly diminished my pride―something I have struggled with for a long time and I knew I needed God’s help. There was little I could do to repay my friends for their kindness. Or my son for his diligence and patience. He spent his only day off every week running errands for me, helping me with housework, and playing chauffer to doctors. I learned to concentrate more on the important things in life and to be patient with myself. I often imitated the Little Engine that Could. I think I can, I think, I can … put on my socks, dust the shelves, fix my own meals.

You also have a choice. Don’t let the devil steal your joy anymore! And when people ask how you maintain a great attitude, wink and point upward, saying, “by the mercy and grace of God.” May all you come in contact with during this trial see you as a testimony.

Freelance writer Julie B Cosgrove writes  for several Christian websites and publications and was an editor/writer for The Life Project, the digital ministry of CRU Canada’s Power to Change for ten years. She now edits for Roaring Lambs publications services as well as selectively on her own. Awarded one of the 50 Great Writers You Should Be Reading in 2015 and 2016 by the Internationally syndicated radio program, The Authors’ Show, she has had three Bible studies, a devotional collection, two inspirational guides, three novellas, and fifteen faith-based novels published, with five more contracted through 2025. Several of her novels have won statewide and national awards. Julie lives in Fort Worth, TX.

http://Where Did You Find God Today

How Do We Get through the Bad Times? 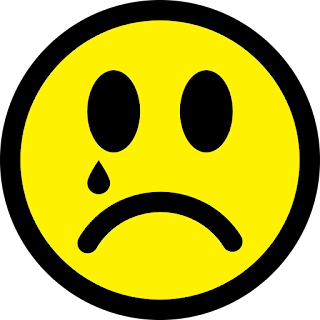 We all go through bad times during our journey on earth. These grave times might be divorce, financial ruin, or health issues.

My current era is filled with trials. I’ve been the number one caregiver for eight years to our daughter who has dementia, and I recently had major surgery - a total knee replacement. Movement is hampered, and I’ve managed the bare necessities, but fighting fatigue and depression is a major ordeal. Some days, I don't succeed. I haven't written many blogs or much on a book I started long ago.

How do we proceed with life when we are faced with challenging times?

I decided to inquire from some of my writer friends how they coped with trying situations.

I asked my writing author friend, Gail Pallotta how she coped with her sickness.

She suddenly became ill, and she continued to write.  It isn't easy to carry on with life and a job, but God shows each of us how to do just that.

“Truly I tell you, if you have faith as small as a mustard seed, you can say to this mountain, Move from here to there, and it will move. Nothing will be impossible for you” (NIV). Matthew 17: 20.

When I got a mysterious illness eighteen years ago, I already had had several slipped disks and a dislocated sacroiliac joint. Not only did my back hurt, but I couldn’t sit without a cushion to tilt me to a 90-degree angle and had to lie in the backseat on trips. We were traveling when the strange malady struck with chills and fever.

Since I’d started the vacation with a virus, I used common remedies. Unfortunately, I grew much worse with many weird symptoms, such as getting horrible indigestion and shaking all over whenever a bite of food hit my stomach. When we returned home, I visited the doctor, who told me after a month of tests he couldn’t treat me because he couldn’t diagnose my problem. A strong believer in prayer, I went to the house so numb I couldn’t pray, but God intervened. A name, Dr. David Lee, kept popping in my head, even though I had no idea who he was. I finally recalled him as a chiropractor who had treated a friend of mine ten years earlier, and I thought, I’m on death’s door. What do I want with a chiropractor? But the name kept flashing in my mind. I finally got his number and called him. Now an alternative doctor as well as a chiropractor, he treated me immediately for Chronic Lyme disease. Quite ill, I couldn’t deal with anything else going wrong with my back on top of my current condition, so I told him, “Take care of the Chronic Lyme disease, but don’t touch my back. Every time someone tries to help, it gets worse.”

Terribly sick, I did well to get to Dr. Lee’s, let alone pay attention to the therapies I received, until I noticed my back pain had disappeared. I asked Dr. Lee, “Are you treating my back?”

“No, you can lounge around like the rest of us,” he said.

I still struggled with Chronic Lyme disease, but remembering words from a sermon I’d heard helped me put it in perspective. “If you ask ‘Why me?’ you also have to ask ‘Why not me?’” Of course, I lived in an imperfect, fallen world. I had two choices: Go on with life with Chronic Lyme disease or waste away with the disease. I prayed for God to help me go on at the same time others prayed for me. My daughter’s friend sent a mustard seed in a clear bottle for me to keep where I could see the symbol of God’s faithfulness and greatness. By God’s grace I’ve kept up with day-to-day chores, swum and continued to write. He’s much more powerful than Chronic Lyme disease.

I was working on Stopped Cold, a teen novel during the time I struggled with the back pain and early symptoms of Chronic Lyme disease. 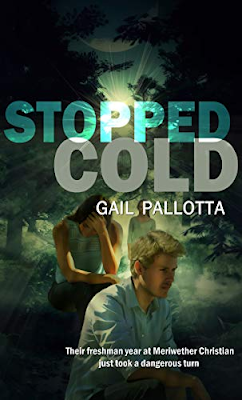 Things aren what they seem in peaceful Mistville, North Carolina.

Margaret McWhorter enjoys a laid-back Freshman year in high school swimming and hanging out with friends—until the day her brother, Sean, suffers a stroke from taking steroids. Now he's lying unconscious in a hospital.

Anger sets a fire for retribution inside her, and Margaret vows to make the criminals pay. Even the cop on the case can't stop her from investigating. Looking for justice, she convinces two friends, Jimmy and Emily to join her in a quest that takes them through a twisted, drug-filled sub-culture they discover deep in the woods behind the school. Time and again they walk a treacherous path, and come face-to-face with danger.

All the while Margaret really wants to cure Sean, heal the hate inside, and open her heart.

Can she do it?