A Sweet Memory to Cherish

Our eldest daughter, Shelley, lives with the challenge of Dementia.
She gifted me with a blessing at our last visit. It's not our days that we remember, it is moments. 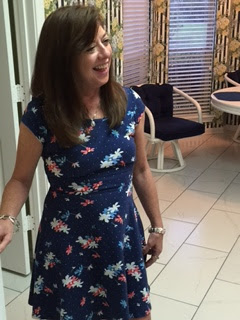 Shelley on her birthday, March, 2016
In a moment of clarity today, Shelley clasped her hands in prayer mode. She said, "I want to tell y'all something. I really appreciate y'all taking care of me, and I love you."
I cried. 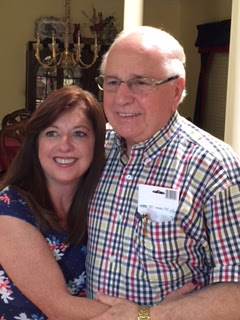 Shelley was diagnosed with early onset dementia in 2014. 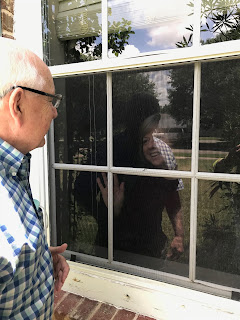 In assisted living, 2020.  Due to Covid, window visits only.
Isolation caused her to decline more rapidly.
Shelley has always been a "Daddy's Girl."  He does the financial part, and I oversee her medical attention and needs. I visit her three or four times a week, but he can't always go. 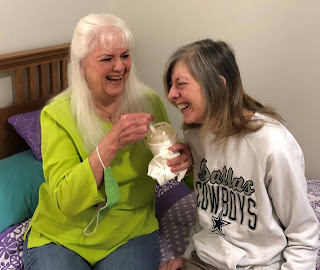 Her dad and I are now designated caregivers.  We can go into her room. Here I am, feeding her February 2021.
When we had to move her from assisted living in July 2020, she weighed 121. Six months later, in memory care, she weighed 86 pounds. I bring malts and goodies to put weight on her. I don't remember what we found funny, but we laughed uproariously at something.
Her dad was with me yesterday and she was having a good day.  I fed her Nutella and a strawberry Boost. She ate an oatmeal cookie all by herself. 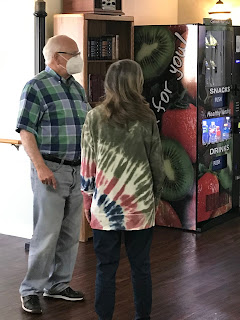 February 26, 2021
Shelley and her dad. She escorted us to the front entrance.
She's always loving, affectionate, and tells me she loves me repeatedly when I'm there. But yesterday, when she told her dad and me how much she appreciated us, I was blown away.
Somewhere in her brain, she understands.
She gave me a memory to cherish, and I wanted to share it.
Faith and Humor
Posted by Gay N Lewis No comments:


Texans knew winter was going to blast the state, but residents couldn't imagine the severity. Most of us in South Texas have never experienced a big-time freeze.

I lived one year in a parsonage in northern Oklahoma, and that winter was awful. I also lived in a drafty parsonage in a country town close to Wichita Falls, TX.  I'd forgotten what it is like to not have water. Those old parsonages were cold. They had no central heat, but the pipes never broke. We never had our house flood from broken pipes.

The pipes froze, and I don't know why they didn't burst. God's goodness to us, I suppose. We were children with adult responsibilities.

I remember looking out the kitchen window one morning in northern Texas to see a sweet, older deacon burying the pipe that drained the kitchen sink. He dug a trench and concealed the rusty thing about twelve inches below the surface.  The pipe still froze, but not as often as before.

The water in that Texas parsonage was undrinkable, so, hubby would take a 5 gallon jug to the neighbor's well, fill it with water, and bring it home.  Sometimes, when we had no water in our house at all, we showered at their house. Our water situation in those days was an ongoing thing, so we grew used to it and dealt with it.

But I'm a big city girl now, and I'd forgotten how I managed in those days.

Water and heat are big deals. If you are accustomed to them, it becomes a challenge to survive without them.

There are seven Scripture verses that remind us that water gives us life. Without it we die. Of course, Scripture refers to the spiritual condition of man, and the living water is Christ Himself. 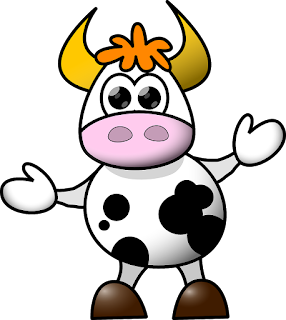 While driving the streets of Houston, I can always find people dressed in silly attire. Yesterday I saw a cow.
A lady (or man) was walking down the street in full regalia. I assumed the cow was female because she had udders. Horns came straight out of her head and she skipped along with those pink udders bouncing.
Most of the time, I see odd costumes while people advertise a business. This cow lady was bouncing along in a quiet neighborhood.
Was she on her way to entertain at a child's party? Did she dress that way to keep warm?
As in the cartoon picture above, she held out her arms. Was she requesting a cow blessing?
I have no idea, but I turned the corner before she left a cow patty on the side walk.
Faith and Humor 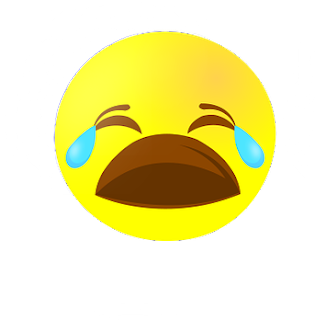 We do, though. Actions bring guilt and wishes for a do over.

What is the difference between guilt and regrets? Not much. They both relate to the past.

If we ask God to forgive us of sins and previous mistakes, He does. Do we forgive ourselves? Perhaps, but often, we don't. A personal pardon is a sticky situation. We are harsher on our person than God is.

Depending on our nature and upbringing, the degree of regret varies. For one person, a glass of spilled milk brings a brief moment of remorse, but for others, the hand trembles each time they pick up a glass of milk.

God forgives, so we should also pardon ourselves. Are we greater than God? Are we going to punish ourselves when God doesn't?  That's an absurd thought, isn't it?

We are human. We remember, regret and feel guilty over actions God chooses to forget.

We can learn from past behaviors, but the past isn't the future, and agonizing over ancient actions wastes time and energy.