Sarah and the Scary Ferris Wheel


A new Sarah book is out today! Sarah and the Scary Ferris Wheel, an eBook, and this book is the second of a three edition, novella series. Sarah is featured in three full length books, but this is the first time she’s appeared in a shorter stories.


A third eBook is on the way, Sarah and a Dad for Mandy.  These three novellas will be bundled into a print book and will be available in September.


Sarah is a fun book.  I’m told by readers that she makes them smile.  She even makes me laugh as I write about her antics.  Here’s what one reader wrote:


“I can’t remember many (any actually) where God’s word is taught in happy and entertaining   circumstances.”  G. Hankins.


And guess what?  Sarah and the Scary Ferris Wheel is only .99 on Amazon and other online book sellers.
Blurb for Sarah and the Scary Ferris Wheel
Sarah is given a new mission—to link Robert Johnson and Brittany Lee—two people she encountered while trying to bring a couple together on that irksome computer Internet dating service. Oh sure, she’d done it. Not without trial and a lot of error, but with this fresh assignment, trouble would come again, she was positive.
If she hadn’t grumbled about the computer, maybe the Lieutenant wouldn’t have ordered her to ride the Galveston Ferris wheel. She’d seen the huge rotation device built over the Gulf of Mexico, and the very thought of a ride on that monster made her nauseous.
What if she threw up on the humans?
Oh merciful heavens!  Why did the Superiors give such tasks to
bumbling angels anyway?
http://www.amazon.com/Sarah-Scary-Ferris-Wheel-Lewis-ebook/dp/B00M8HLB0Q/ref=sr_1_1?ie=UTF8&qid=1406725757&sr=8-1&keywords=sarah+and+the+scary+ferris+wheel 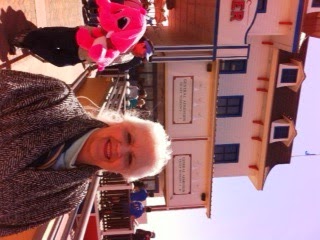 Have you been to Galveston?  Tell me about your experience. Galveston, Texas is a fun place with lots of activities and good food.

Use Words to Support and Comfort.

Okay, let’s review the previous posts.  We found verses in Proverbs to remind us that silence is a virtue.  So…when should we refuse to remain quiet and speak up?


Proverbs 25:11 reads: “A word aptly spoken is like apples of gold in settings of silver.”


Solomon presents a beautiful word picture to illustrate wise words. The lesson here is that we should consider content and timing when revealing our thoughts.  Perhaps a child, loved one, or employee needs a bit of correction.  When adjustment is given in a loving, kind way and at the appropriate moment, it is usually received in the same spirit by the one hearing it.  Words we fine-tune and give properly, are apples of gold in settings of silver.  Such appropriate conversations soothe a soul with riches and can alter behavior.  Hmmm. Gold apples set in silver, that icon would make a fine piece of jewelry, don’t you think?


Mother Goodness, the angel mentor to Sarah, appears often in the Sarah series to give Sarah delicate apples of gold set in silver.  Not that Sarah always remembers the lessons, but Mother Goodness knows how to deliver the messages in a kind manner.  Sarah, the haphazard angel, identifies with humans.  We are erratic and forgetful with our speech patterns and actions.


Proverbs 31:8-9 says:  “Speak up for those who cannot speak for themselves, for the rights of all who are destitute.  Speak up and judge fairly; defend the rights of the poor and needy.”


Most of us know innocents who can’t defend themselves.  The unborn child is one of them.  The Prolife Group communicates for these little guys, and we should.  How about the homeless?  They exist in a low state and often find it difficult to change their position.


We can voice concern and evoke change for vulnerable people and we can treat everyone fairly. Kind confrontations on behalf of others are wise words.


How about looking for ways to share gracious words and encouragement to others this week?
Posted by Gay N Lewis No comments:


"Sticks and stones may hurt my bones, but words will never hurt me."


In our last discussion about wisdom, I spoke about a few of wisdom’s attributes.  Protecting others from an onslaught of ugly words is a powerful way to act judiciously.


A wife called me recently.  Her husband discovered a plastic lid missing from a spice jar in the kitchen. Their conversation went like this.


Husband: “Where is the lid to this?”


Wife: “I don’t know. Maybe it got accidentally thrown away.”


Beg your pardon?  He assumed she threw the thingy away and lashed out in his anger.  Wise speech?  Not hardly. How did those foolishly spoken words make the newly wed wife feel?  She tried to confide her pain to me but found no words to describe her sorrow.


Proverbs 18:19 says, “An offended brother (wife or husband) is more unyielding than a fortified city and disputes are like the barred gates of a citadel.”  Verse 21 follows with, “The tongue has the power of life and death.” NIV.


Keeping silent when one is angry, and it is a challenging proposition, but it remains the best technique to prevent heartache and misunderstanding.


In another post, I confessed my wordy mouth.  I told you how I once kept a jar of M&M candies on my desk and called them my “Zip Lip Pills.”  When I felt the need to offer my opinion—and too often this was the case—I’d grab a handful and chop down on them. Sometimes they worked and often the “Pills” didn’t.


I recorded this incident in my book: Sarah: Laney’s Angel.  Laney tried the technique of candy pills to keep from sassing her boss.  I laughed when I wrote it.  Those “pills” didn’t do Laney much good either.


Guard our words? Hard to do. How do you refrain from speaking hurtful words in anger?  Some people count to ten.  Others walk away.     What can we do to develop a think-before-we speak mentality?

“Let the wise listen and add to their learning, and let the discerning get guidance.” Proverbs 1:5 NIV.


What makes a man or woman wise?  Could it be IQ?  Might conscience have anything to do with it?  How about talent? Character? Personality? Genetics?


Solomon failed to consider any of these attributes in his writings. He wanted us to think about the actions and decisions God expects from us.  As we study Proverbs, we learn a person who makes noble choices becomes a wise man.


In this verse, we also find an astute person listens. Now me?   I spend a lot of time talking.  Solomon wrote about that too.  “Even a fool is thought wise if he keeps silent and discerning if he hold his tongue.” Proverbs 17:28 NIV.


I once kept a jar of M&M candies on my desk and called them my “Zip Lip Pills.”  When I felt the need to offer my opinion—and too often this was the case—I’d grab a handful and chop down on them. Sometimes they worked and often the “Pills” didn’t.  I found I was better off when they did and I refrained from speaking. Silence forced me to listen.


Sometimes keeping mute is best.  When one is silent, he can hear and add knowledge about a situation.


The Proverb says a discerning person becomes judicious and perceptive.


Okay, that bring us to another word—guidance.  From Solomon’s writings, we learn the king expected people to seek God’s truth regarding life.  When we realize God wants us to absorb and apply His leadership to our beings, we become wise.


Oh my!  All that sounds a bit much like a riddle.


And quite often, the ability to make correct choices at the appropriate time remains a mystery.
Come along with me.  Let's see if we can figure out some of this wisdom stuff together.

"God reigns over the nations. God is seated on His holy throne." Psalm 46:8 NIV. 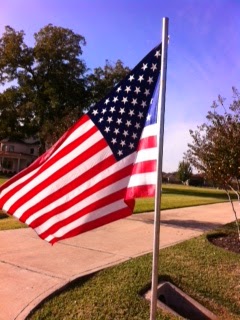 As the United States of America celebrates her 238th birthday today, let's remember that the Founding Fathers sought God to direct them in the formation of this nation.
That's an important fact.
Especially in this day when a minority wish to remove all visages of God.
July 4.
A day to remember our past and pray for our future.

When June 11, 1776 came, the colonies' Second Continental Congress met in Philadelphia and formed a committee whose to draft a document and sever ties with Great Britain.

July 8, 1776, the first public readings took place in Philadelphia's Independence Square to the ringing of bells and band music.

The custom eventually spread to other towns. The day was marked with processions, oratory, picnics, contests, games, military displays and fireworks.

June of 1826, Roger C. Weightman wrote to Thomas Jefferson and invited him to come to Washington D.C. to celebrate the 50th anniversary of the Declaration of Independence.  Jefferson declined the invitation. He was gravely ill,and this was to be his last letter.


"May it be to the world, what I believe it will be ... the signal of arousing men to burst the chains ... and to assume the blessings and security of self-government. That form, which we have substituted, restores the free right to the unbounded exercise of reason and freedom of opinion. All eyes are opened, or opening, to the rights of man. ...For ourselves, let the annual return of this day forever refresh our recollections of these rights, and an undiminished devotion to them."