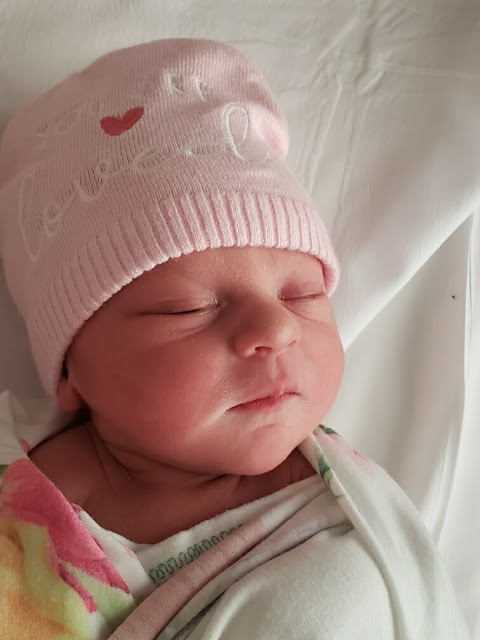 Babies are beautiful, aren't they? All parents and extended family members feel the rush of love when a newborn comes into the household.
Babies depend upon us for food, clothing, and shelter. They are helpless and innocent and totally incapable of providing for themselves. As they grow, among the first of things they learn is eating. We hand them a cracker or place Cheerios on their tray. They are happy when their little dexterous fingers can pick up such food items. These small bites go into their mouths, and soon, even non-foods go there too.
They learn to sit up, crawl, and then toddle as they walk.  With each new achievement, they grow a bit more independent.
Folks with Dementia or Alzheimer's age backwards. They lose independence a little at a time. When we compare them on a day-to-day basis, not much can be seen as a change, but when we looks back over six months, we sees a major transformation.
These adults reach a stage where they are infants again. They can't sit up, walk, or use the toilet. Like a newborn, they wear diapers and sleep a lot. They can't feed themselves, They become like babies.
Like an infant, our daughter must be fed now.
Her walk has become a slow shuffle. She stumbled last Saturday, May 14, 2022, and fell face down. We went to see her, and I took a picture. I always document everything. She was in good spirits, and the nurse thought she was okay. The nurse said she'd get in touch with the doctor for an X-ray.
When I went on Monday to visit her, I asked what the X-ray showed.  Uh-oh!  It hadn't been done, but they would get to it right away.
The facility called late Monday night. The EMS had been called, and our little one was being rushed to the ER. The X-ray wasn't done until late Monday, and it showed a small nose fracture. The doctor wanted a CT scan.
Facilities aren't always on top of things.  Even when I stay on them, they mess up. If the X-ray had been done earlier, there would have been no need to rush to a trauma unit.
We were in the hospital for three days. The medical teams, with my help, discovered she couldn't answer their questions. She doesn't know her birthdate, and she didn't know where she was. Most of the time, when asked her name, she responded with only her first name. The PT team had difficulty getting her up, and walking was not possible. I'm hoping the disorientation caused by a hospital visit will fade, and she can return to walking, even in a slow shuffle.  Hospital stays are hard on dementia patients.
Several medics commented on her skin and how young she looks. She had a few wrinkles once, but like some of her abilities, they seemed to have disappeared.
She's aging backwards.
By-the-way, the beautiful baby pictured at the top of this blog is her new grandbaby. She doesn't know the new tiny goodness.
They are both sweet babies.
Posted by Gay N Lewis 4 comments: 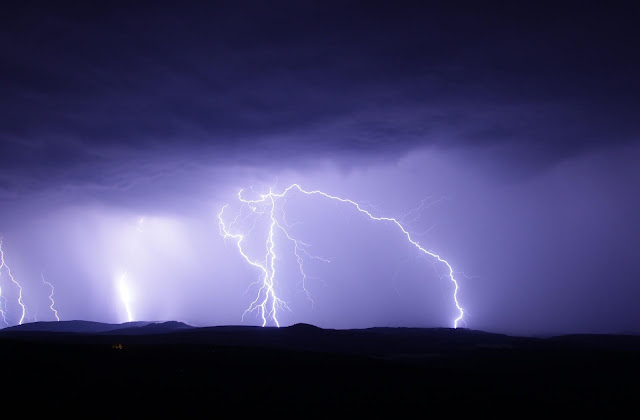 We face storms, don't we?

They come from the heavens with thunder and lightening, but hurricanes and tornadoes also bombard us in life. We call them by different names: financial ruin, divorce, cancer. loss of loved ones, loneliness.

Some of these tempests from the sky are real.  Many cause destruction. A few are short-lived and gone, while personal storms can last a lifetime. 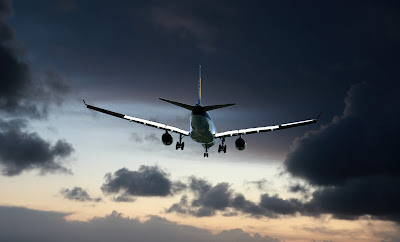 We flew to Tulsa this past week. The plane was delayed for five hours due to bad weather. Oklahoma is famous for tornadoes, and these scary things lurked in and about the area.

Once we took off, the pilot told us we would fly above the clouds. 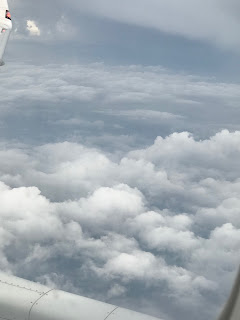 As I gazed out the window, the  clouds didn't look so terrifying.  Turbulence came to us a few times, but a glimpse of sun and blue sky appeared also. And then it would disappear, but a break was a welcome sight. The seatbelt sign stayed on. We bounced around, and it seemed we were on a roller coaster. Most of us passengers were frequent flyers, and the the turbulence was old hat to us. Nevertheless, I prayed for a safe journey. 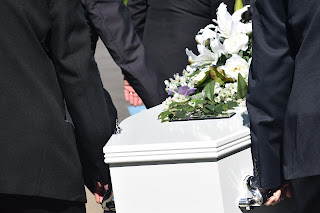 We arrived in time for the funeral.

Saying goodbye and celebrating a life well lived is a storm. Although the brutal force of the cloud is short-lived, grief and sadness lasts longer. 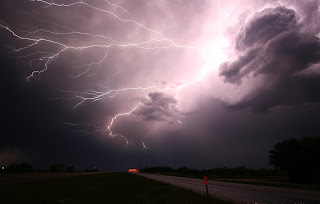 God allows storms in nature, and to us in our personal lives. These storms come and go. When you are faced with one of nature or personally, ask the Lord to calm it. He's experienced. He's done it before.
And when he got into the boat, his disciples followed him. And behold, there arose a great storm on the sea, so that the boat was being swamped by the waves; but he was asleep. And they went and woke him, saying, "Save us, Lord; we are perishing." And he said to them, "Why are you afraid, O you of little faith?" Then he rose and rebuked the winds and the sea, and there was a great calm. And the men marveled, saying, "What sort of man is this, that even winds and sea obey him?" (Matthew 8:23-27)
Gay N. Lewis on Amazon
Posted by Gay N Lewis No comments: