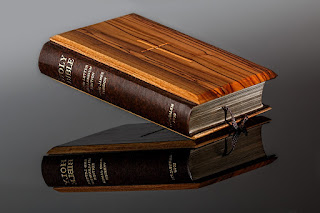 Eve was the first woman mentioned in the Bible. In a previous post, we saw her problems. She talked too much, and then she ate too much.

We must skip several generations before the next women are mentioned. In Genesis 4:19, the NIV reads:

"Lamech married two  women, one name Ada and the other Lillah."

I'm sure you've noticed when you read the early chapters of the Bible how women aren't often mentioned. Actually, Eve deserves a lot of credit before her sins. Her name is recorded, plus she and Adam were equal partners. Somewhere in the course of time, men ceased to think of women as equal. Was it because of Eve's sin? We can't blame Eve totally. Adam should have been stronger and done the cave man thing. He could have pulled her away from the snake and the tree. But oh no! He stood idly by, watched, listened, and participated.

I have an idea I won't go into, but here's a tease. Part of Eve's consequences reduced womankind to forever climbing back up to our rightful positions, but that's another story for a future time.

Today I want to acquaint you with Ada and Lillah, These two women are Lamech's wives and they might have looked similar to the sweet ladies in the picture below. 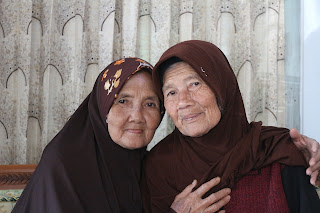 Ada and Lillah were the first two women who married the same man. There's another ugh thought.

Polygmay entered mankind's world. God had planned monogamy. He gave Adam one wife, but Lamech comes along and decides one isn't enough, so he gets two.

The birth of boys was recorded back in that day but not girls. Probably due to Adam and Eve's fall thing again. So where did men get their wives? Many believe brothers married sisters.  That's an ugh thought to me. Gross. Disgusting. There's a word for that nasty stuff today. Incest, and God doesn't allow it. Other ideas float around about where women came from, but the family connection seems to be the popular belief.

Lamech was of the seventh generation from Adam. Perhaps by that time, he married cousins. That's a revolting thought too, but God ordained marriage, and men had to find women from somewhere.

Strife, jealousy and division were inevitable in that household. Although the Bible doesn't say, I can imagine Lamech had moments of regret. Monogamous men and women in today's time often find it difficult to get along with each other, and divorce happens, but two women married to the same man?That's a disaster in the making.

King David and his son Solomon had harems of wives. Just think of that hullabaloo.

Since I write fiction, I can imagine all sorts of scenes in Lamech's household. Here's one.

Ada finished drying the dishes and turned to Lillah. "It's your turn to sleep with Lamech tonight. I did it last night. I'm too tired to listen to his loud snores."

Lillah stomped her foot. "Why do I have to do it again? He likes you best. I don't want to. I'll make a deal with you. I'll cook for three nights in a row if you'll go to him tonight."

"Deal. Maybe I'm tired enough to sleep through his noise. He shakes the ground with those snorts of his. " The two women shook hands. Ada trudged off to the couple's sleeping tent and Ada nestled down with a smile in the solitary tent.

You'll find my books at all online book stores.