Sneaky Snake Can Find You 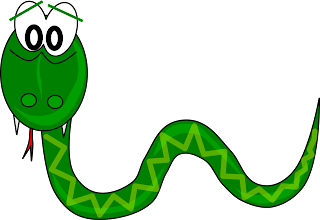 Sneaky Snake is a devilish critter. He slips behind you and strikes from the rear. If you'd seen him coming, you could have chopped his head off.

Ever wonder where that unexpected flash of anger came from? The sudden bulge of hate? The swift spew of curse words? Those hasty actions you later regret?

Old Sneaky Snake did it.

He creates fear and havoc wherever he goes, and he's an unseen, wiley little devil. He even has the ability to hide in the light.

As soon as you think you're safe, he locates you, raises up and bites a chunk out of your derriere.

And then you fall to our knees.

Sneaky Snake doesn't like seeing you on your knees. That's when he slinks away.

Stay on your knees to keep your rear covered.