Ever hear of the Azusa Street Revival? 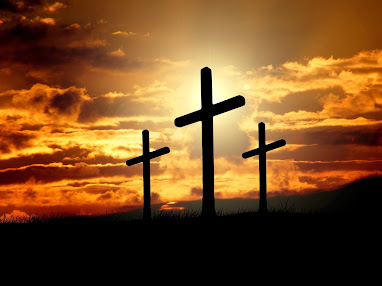 You haven’t heard of it? Me either, at least not until I read a thesis on it.  Interesting stuff.
The year of this event? 1906. City? Los Angeles. The California town boasted about their many religions during those days—seems they were quite proud of the diversity. However, when people spoke a strange gibberish on Azusa Street, a revival of sorts broke out.


William J. Seymour, an African American man, and the son of freed slaves, started the movement. He grew up in poverty and worked odd jobs in Indiana and joined the Church of God Reformation Movement. This church believed in the integration of races in worship.


Seymour became an ordained minister in the Church of God in 1902, and then spent his time as a traveling evangelist. Eventually he settled in Houston, Texas. While in Houston, he met Charles Fox Parham who ran a Texas Bible School. Parham allowed Seymour to sit outside and listen to lessons. Hunky dory! Right?  Wrong! Parham thought he did the black man a favor.


You see, this misguided man, Parham, believed in segregation, and Seymour was black. Seymour grew tired of Parham’s racism, but the exposure to the lessons provided him with a foundation for speaking in tongues.


On April 9, 1906 Seymour, now in Los Angeles, fell to floor in religious ecstasy. A flood of people came from all over the city to see what was going on. Why not? They’d never seen or heard such commotion. The house where Seymour held meetings filled to capacity. At one point, so many gathered to worship that the floor caved in. Thankfully no one was hurt. Seymour knew then that he needed to find a more adequate building.


Seymour located a forsaken building on Azusa Street. Aha! We now have the name for the congregation.


Get this. The Azusa Church never took up an offering and never asked for money, but somehow they always paid bills and gave the pastor a small salary. How about that? Amazing huh?


The church attracted both white and black! At a time in history when segregation was the norm, this was a rare oddity. During the most racist period in American history thousands of white people submitted themselves to the leadership of a black pastor and Seymour carried the leadership role well.


But wait! Trouble is brewing. You see, that foolish man from Houston showed up in Los Angeles to visit Seymour’s church. Parham came around, and did he ever become a critic. Wow! That's an understatement. Parham didn’t like it because Seymour's church was racially integrated. No approval of blacks and whites for that man. No way. Kneeling beside each other, laying hands upon one another, and even worse, hugging or kissing one another? Forget it.


In spite of Parham’s criticism, the Pentecostal movement continued to grow. 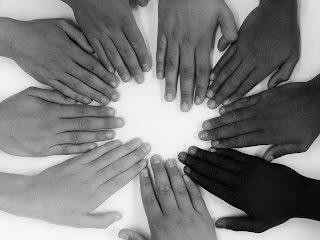 Perhaps one of the reasons was this: the Azusa church remained racially mixed. Seymour made sure that both whites and blacks held high offices on his staff. Why my goodness! The preacher even drew no lines drawn between male or female. Women were on equal footing with men and assumed leadership positions as well. Totally unheard of. What was the preacher thinking?


Sad to say, good times didn't last for this fine minister, Seymour. White male leaders challenged his authority and several began to question the leadership roles of women.  White congregants left the church to form their own segregated churches, and these congregations placed women in subservient positions.


After 1911, the congregation became another small black urban church, but Seymour never stopped encouraging racial harmony. Seymour pastored the church on Azusa Street until his death in September of 1922 at the age of fifty-two years.


Hold on! The story isn’t over. William Seymour began a movement still felt today not only in the United States but around the world. The Azusa Street Revival is most often cited today as the roots and founder of modern day Pentecostalism.


What do you think? Fascinating, huh? You’ll find a lot of detail on the Internet and in books if you want to read more about it.


Usually I'm writing about Sarah but found historical info about Azusa interesting. With America in turmoil today, I wish another Azusa Street Revival would come again. How about you?
Faith and Humor
Posted by Gay N Lewis