A cold and rainy day here in Fulshear. I'll make myself go to the gym later. Too messy to walk in the neighborhood right now.

Four years ago today, on a Sunday, the weather resembled ours of today. I was teaching my Sanctuary class at church. I stand at the front, and place my purse and cell on the first pew. At 9:15 AM, the cell rang. I ignored it and finished the lesson. Fifteen minutes later, lesson over, I saw the name on the caller ID and thought, "uh oh."

When I redialed, the first words I heard were, "Gay, this is the hardest phone call I've ever had to make. Rick passed away this morning."

Rick is my brother. He lived in Arlington, Texas with his fourteen year old daughter. Even as a young man in his forty's, he had multiple diseases before he died. Cancer, Diabetes, Arthritis...to name a few. Since he couldn't drive, I often made the trip from Houston to Arlington to take him to doctors and hospitals.

His fourteen year old daughter became his primary caregiver. Too much for a kid, but that's the life they had.  She awoke to find him dead sitting in his recliner and phoned her mom in Oklahoma. Her mother then called me.  Since it was Sunday morning, my sister, who also lives in Arlington was at church and couldn't be reached. From Houston, I began making phone calls until I finally made contact with her.

The last two years of Rick's life, he devoted to the Lord. Perhaps if he'd lived a responsible life during the earlier days, he might still be here. The good thing is that he woke up to destructive ways and changed them....but not before he ruined his health.  Surgeries and disease caused him to lose about fifty pounds. He was a big man, at least to me. He stood 6'1" and was athletic.

He abused alcohol and chewed tobacco before cancer grew on his tongue. Surgery kept him from eating properly and enjoying meals. In my book, Sarah: Laney's Angel, I wrote about how the new human arrivals enjoy heaven. Two men who'd had oral cancer inspired the scene. My heart broke for them while they lived on earth and couldn't eat.   Here's an excerpt from Chapter Twenty-one in Sarah: Laney's Angel.

As the Lieutenant rounded a heavenly corner, the aroma of fresh bread assailed his nose—Chef Andrew’s famous cinnamon rolls. Maybe he should stop for a taste before his appointment with the Commander to speak his unease about Sarah.


The outside eating area featured tables where one sat and enjoyed conversation with their meals. The Lieutenant waved to two men who were woofing down huge plates of food. More platters waited in front of them.


“Try the crispy, fried chicken. Brisket is good, too.” One man said to the Lieutenant as he drew near.


The second man nodded. “Yeah, those are wonderful too.” He offered a platter to his dining companion. “Here—go for a pork chop. I’m having banana pudding next.” While on earth, both men suffered from oral cancer—with no ability to eat or drink. All that changed with their entrance to Heaven. Feeding tubes vanished and they again tasted favorite foods.


Upon entering the exquisite dining area, the Lieutenant greeted fellow officers. Like him, they sniffed the delightful delicacies and were already seated with rolls and coffee. He brought a pastry and a cup of heavenly brew to a table nearby.


“How’s it going for you down below?” he asked a fellow Lieutenant.


“All goes well with my platoon at the moment. One angel is about to finish a mission, and the others are several weeks away before they close their assignments.” He smiled. “How’s your Sarah doing this time? I heard about her escapade at the restaurant.” He laughed loudly and caught the attention of several. “That mortal had no idea who dropped in on him.”


Another lieutenant joined in the laughter. “And that stunt with her charge’s automobile, the flowers, and her lost church. That was priceless.”


“And how about causing the server to see flying lamb chops, and then causing the poor guy to fall into cake?” The officer who offered this reprise doubled over in laughter.


Sarah’s Lieutenant sighed. “If I were in your wings, I’d find her antics amusing too, but from my perspective, she’s a puzzle. I don’t know how to help her.”


“Ole buddy, you know we aren’t making fun of her. That would be wrong of us. We find her delightful and she brings us merriment with her innovated approach to a situation. She can’t be blamed for talents she doesn’t have. Let’s rejoice over the ones she does have.”


“I know, but I want her to feel comfortable in her angel skin and because of her limitations, she doesn’t.” 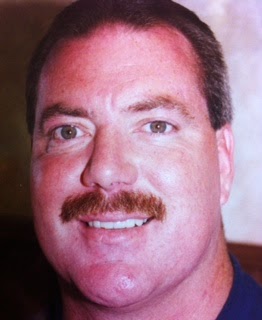 
He had charm, wit, and made people smile and laugh wherever he went.
I miss him.

Smile! The day may grow warmer where you are!