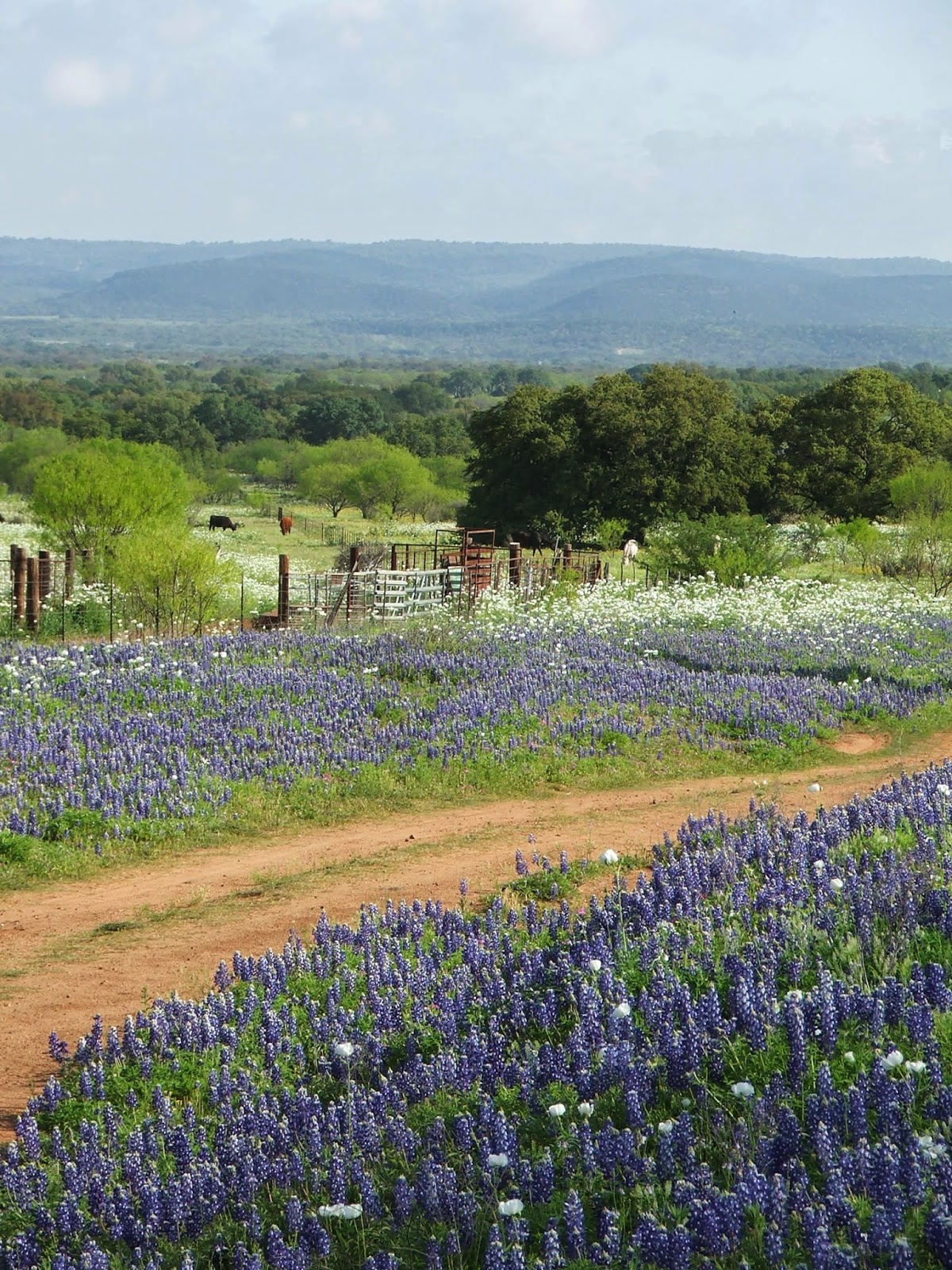 Earth welcomes spring today, and the equinox occurs. Wow! That might be good news. Day and night reach equal length, so does that mean we sleep longer tonight? Now there's a pleasant thought.

Old Man Winter hangs on in places. Have you ever wondered why he's called that? Or perhaps you think of him as Jack Frost...well, either way, while parts of the northern U.S. and Canada experience snow flurries, down here in Houston, our temperature will reach into the 70's Fahrenheit. Spring for us lasts about fourteen days and then we enjoy summer. At least some do. I've never cared for scorching temperatures.

Before the heat destroys them, we will revel the magnificence of Texas bluebonnets.

They hadn't arrived last week when we were in the Austin area, but soon.  Very soon.  If you haven't seen a field of these beauties, you've missed an eye feast.

We expect a super moon tonight, but Houstonians won't see it. We expect rain again.

Speaking of rain, I drove in it all morning yesterday. As Sarah would say, "merciful heavens!" Talk about messy puddles and street flooding. Yuk. I was thankful when I pulled into the garage.

Did I ever tell you about the year I had nine wrecks? I didn't? Well, that's another story.

3.99
﻿
Freaked out, Sarah assumed the driving position. Her long, swirling skirt cramped the space, and she stuffed it around her knees.


Cannon shut the driver’s door and strode back to his vehicle.


Merciful heavens! What to do now?


She’d ridden in cars and observed people driving but never absorbed much about it. Her strategy never once included a plan to operate this contraption. Maybe this ruse would turn out as another dumb idea.

Sarah peered into the rear-view mirror and frowned. Cannon sat in his car waiting for her to move. Holding her breath, she turned the key in the ignition. The car roared to life. Now what?

Feet—drivers used them. Hey, there’s that little pedal gadget doodad on the floorboard. Drivers pressed that thingamajig with their right foot. She decided to give that thingy a whirl.


The engine raced however, the car didn’t move.


Oh yeah, drivers moved the contraption sticking up between the seats. She grabbed the whatsit and pulled it down with all her might while she kept her foot on the thingamajig.


The car shot backward and rammed into Cannon’s car.

Many of Sarah's events actually happened to me. When I tell you that I'm nervous about driving into Houston, I'm telling the truth!
Ya'll have a good one. I'm busy today writing another Sarah story.
Posted by Gay N Lewis