Gay's Days during these Corona Days


Good morning from Fulshear, Texas. The day started out with a cool temperature of 48 degrees. As I write this, it's 66 degrees and sunny. We should top out at a warm 77 degrees later today.

Hubby has a telephone visit with his doctor later today. I had a video chat with mine on Monday. We'll go pick up meds at the drive-through and eat a Chic-fe-la sandwich in the car for lunch a bit later. Getting used to the new normal is a challenge. 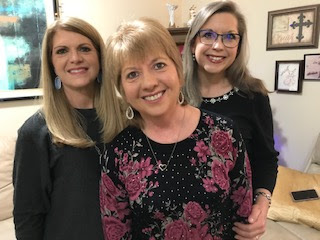 The last time I visited our daughter in her assisted living facility was February 27. Our daughter from Kentucky was here, and the family trekked over to see Shelley, the one living at The Oaks in Columbus. Our three daughters are in the picture above. Shelley, the daughter with dementia, is in the center. Lanissa, our Kentucky daughter, is the tallest one, and Christy rounds out the trio. We have beautiful daughters. I sometimes write about Dementia, and it's a topic on my website.

Corona was taking place at the time we visited in February, but the old girl wasn't invading America like today. Rapid changes take place these days.

Just a few notes to catch up.

I kept a dental appointment on March 2 and an interior design on March 6. I was helping a neighbor design her living room. She bought furniture, but now, all design work is halted. In fact, in a matter of short weeks, the whole world stopped normal proceedings.

Hubby and I had planned to take an Amtrak train trip to New Orleans on March 10. It's providential that we canceled it. That interesting city has a huge outbreak of the virus.

The Covid-19 outbreak is altering the world.

I went to the store on March 11 with gloves on. No one looked at me as if I were odd. By the end of March, which was yesterday, if people visit stores at all, many wear masks as well as gloves. Numbers of folks order on online to keep from getting out. 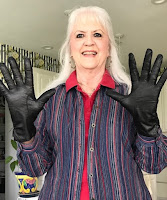 Today is the first of April. No one wants to play an April Fool's joke, but people are trying to laugh as we can.

We've missed three church services in a row. This is sad for my preacher hubby and our members. If I'd taught my Bible study last Sunday, it would have been from Romans 5. These lessons were designed more than a year ago, and last Sunday was titled, "Peace in Hard Times." Wow! Talk about appropriate.  I videotaped a short lesson, and if I can figure out how to post it, I will. Technology and I have a mutual dislike for each other.

The outcome of affliction, which we are experiencing now, should bring us no anger, resentment, and no desire to give up. We should not fall away in despair, but keep our hope and faith. When the time is right, God will take away the Corona Virus, and because of our endurance, we will have developed faith, hope, and character.

Check in tomorrow for Gay's Days here in Fulshear, Texas. In the meantime, read some good books. I think you'd like mine. You'll find them at the link below.