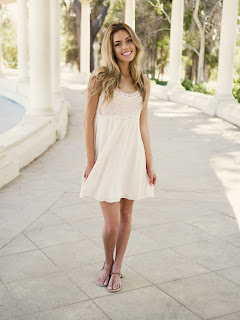 Don't wear white after September 1.  Are you familiar with that southern rule?

I've lived with it all my life, and as September approaches, I'm wondering who made that decree and why?

My mom and her sisters were sticklers about this dress code stipulation. After Labor Day, all our white clothing was hidden from view.

No one knows for sure why ladies don't wear snowy clothing or shoes when August ends. Some think the admonition was based on wealthy women wearing white in the early twentieth century. They could afford light weight fabrics such as linen, and they often chose white. The less fortunate, who wanted to appear rich, followed suit. By the middle of the century, fashion magazines advocated the "no white rule."

Back in that previous century, fashion designers, who wished to sell clothes, began to tout an all seasons wardrobe. They promoted heavier, darker fabrics for fall and winter. Lighter ones meant spring and summer. 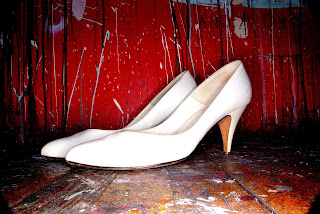 And don't forget to hide the white shoes!  They are also an anathema after August 31st. I never liked them anyway. They make my feet look like large boats. If I wear a white dress or pants, I wear beige shoes.

I have a confession to make. This past summer, I broke my "no white purse rule." I bought one. First one ever. Can you believe it? Well, it was large enough to carry the items I needed. I put it into the charity bag after about a month. It was a nice bag, but it was white. That white rule is deeply ingrained into my psyche.

I once bought a white bathing suit to take on vacation. Boy! Was that a colossal mistake. I wore it once and then threw that devious garment into the trash can. Here’s another helpful hint. Don’t ever wear a white t-shirt in the rain.

We had a cold front push through yesterday. The temperature dropped from 101 to 96 here in Houston. Our heat will stay with us through October. So.....why shouldn't we wear white longer than normal?  It's cooler, and with washing machines, white is easy to clean. Back in the old days, laundry was more complicated.

I'd like to wear my white, lightweight slacks, until November rolls around, but I won't. Sigh.

After all, I'm a southern girl. 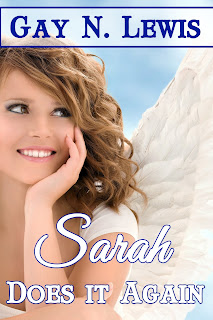 In my Sarah Series, Sarah, the haphazard angel, wears a white muslin robe. She wishs for colors and bling, but she hasn't earned the right to be sparkly yet. Perhaps in time. For now, she wears white. She also wants to learn to walk in red heels. Most of the time she's barefoot. Sarah follows a few rules, but she breaks others. Have you read any of my Sarah books? She makes you laugh.