Father to the Rescue 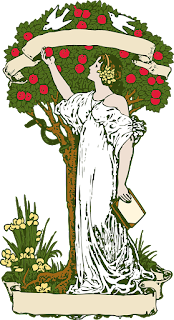 We've been discussing Eve's sins and mistakes. Poor lady. She had her sins recorded for history, and now we talk about her. Wouldn't you just hate having your sins written down for all to see and discuss? Me too.

Eve talked too much, was an over eater, and that led to her downfall.

The good news is that God rescued her from shame and forgave her for failure. Oh, sure, she faced consequences, but she witnessed first-hand the resources of a faithful God.

God isn’t Superman. He’s Super God. He knows our limitations and provides for us.

I was reminded of this yesterday.

As most of you know, our daughter is in an assisted living facility.  The residents are taken twice a month to Walmart to shop. You can’t believe how much they look forward to these outings, especially our daughter. During her well days, she was a gad-about, and she still loves to go places.

The facility allows the family to put in $200.00 per month for personal toiletries and various, sundry other items. On this trip, she planned to buy me a Mother’s Day present and card.

Her sweet, little breaking heart in turn broke mine.

I’d been there the day before and had intended to ask the administrator if she needed money in her account. The lady was absent and I couldn’t learn our daughter's balance. Unfortunately, the administration doesn't notify the family when the account nears empty. 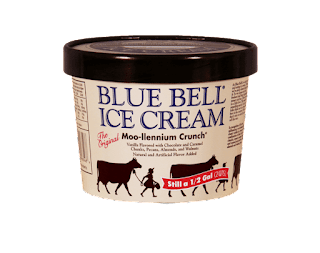 She loves Bluebell Moo-llennium ice cream and always buys it on her Walmart trips. I checked her freezer while I was there, and she had 3 half-gallons. I examined all her toiletries and she needed none.  She wanted to buy her mom a present. That’s all.  She probably required about $40.00 for what she had in mind. She had about $30 cash in her purse, but she forgets where it is.

Well……………! I asked a staffer if she could borrow money. NO. Not allowed. I called Walmart and HEB to see if I could buy her a gift card. They both said no. There’s been too much fraud over the phone with gift cards.

I called her back to remind her about the cash in her purse and to suggest she buy one item instead of two. The residents had already left for the trip. My daughter cried. So did I.

A few minutes later, her dad called from his business trip to Houston. He heard my tears and felt the tug of my heart.

He said, “I’ll go there right now. I’ll take her to lunch and then shopping. Tell her I'm coming and I'll be there in an hour."

I called my daughter, and her sadness turned to joy.  She said, “Getting to see my daddy is better than going on the bus with the others.”

“Yes,” I said, “All things work together for good to those who love Him and who are called according to His purpose.” Romans 8:28.

I saw an earthly father drop everything take care of his child yesterday. That’s the way God takes care of us. He is mindful of our needs. He often sends a representative to stand in for Him. Other times, He just does it Himself…one way or another, he hears and sees our tears. Sometimes we see Him working on our behalf, but often we don't. When we do, it bring us to our knees with reverence and admiration.

God, the Father took care of Eve in the garden, but He sent an earthy father yesterday to a heartbreaking daughter. My child is also His child.