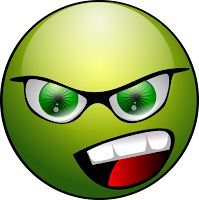 I've been impatient? You?

Does impatience lead to anger?

It can. At least it has with me at times.

I was speaking to a group the other day and English is their second language. I wrote the word IMPATIENT on the board. That was my topic.

"What does that word mean?"

(Interesting, I shouldn't take it for granted that everyone in an audience knows each word, especially when their heart language is something other than English)

I defined the word. According to the Merriam-Webster dictionary, the definition is this:

restless or short of temper especially under irritation, delay, or opposition

And then we went on with our discussion. I wanted us to come up with ways to handle frustrations. So we discussed two brothers. Aaron and Moses.

Moses spent 40 days on the mountain receiving the Ten Commandments. Meantime, Arron was below making a golden calf. God gave consequences to the people following this incident.

Why in the world did Aaron do this dastardly deed?

He grew impatient with the people for whining and complaining, and after 40 days of it, he gave up and gave in to their demands. Didn't take him long, right?

He suffered no direct, immediate consequence for his cowardly act, but his two sons later died. Here's another thing. Aaron didn't enter the Promised Land. Was his  life difficult due to simple, ordinary events that happen to each of us, or were his tragedies due to disobedience from impatience and anger?

His brother, Moses led the grumbling people 40 years and then his impatience and anger got the better of him. God told him to speak to a rock and water would gush forth. Instead he struck it with his staff. God said, "That's a no-no. You will see the Promised Land, but you will not enter."

For one, Aaron, it only took him 40 days to lose patience. Moses was longer suffering. It took him 40 years.

Was it their anger and impatience that led to consequences?

I believe the penalties were due to their actions.

Deeds produce the problem. Emotions that lead to deeds cause heartache.

Which of the brothers do you relate to? I'm not as patient as Moses, so unfortunately, I identify more with Aaron.