A Letter from Heaven


As I write this note, angels up here in The Heavenlies are recalling the night Jesus was born.  I wasn’t among those making an appearance two thousand years ago, but the heavens are abuzz with recollections from those who did. Watching the humans celebrate the most important birth ever known brings jubilation among us, and Jesus especially beams His approval. 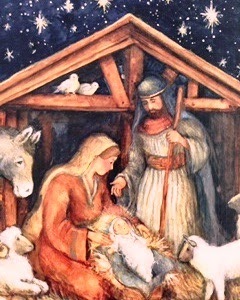 Angels had a lot to do with the natal miracle. Zacharias received a visit from one of us. So did Mary—and then one materialized also to Joseph in a dream.  The heavenly messengers delivered the news to these favored people that Jesus was coming to earth as a baby. This news must have been a shocker to all of them, especially Mary and Joseph, but my favorite part of the story is the shepherds.


Anna, my friend, was among those who appeared to the sheep caretakers on the hillside. With her beautiful soprano voice, she can make the heavens resonate. As gifted as she is, Maestro Superior nonetheless rehearsed her and the angelic choir for a long time.  Now mind you, we really don’t have time pieces or calendars up here, so I can’t tell you how much they prepared, but it was regularly.  Their scheduled performance was one of utmost importance.


Everyone residing in The Heavenlies knew Jesus was to leave His glory and be born human. And yet, He would remain God.  Amazing, isn’t it?  No one had ever done that before, and no one ever will again.


Anna told me how terrified the shepherds were when the angelic host appeared.  One of our angel rules is that we don’t panic humans, but it was necessary that night. Right?  The angels had the divine appointment to announce the birth of the Messiah.  Wow!  Can you imagine?  Every angel up here wanted to be in that group, but the Father selected only a few.


The shepherds reacted just as expected—they went to Bethlehem to see the miracle. How thoughtful of the Father! He gave the good news first to a labor force considered a lowly profession by others.   The Father is awesome when He does things such as that, and He does them often—for angels and humans.


The guys who took care of sheep had nothing of monetary value to give the Christ Child. Wise men from the east brought expensive presents later. But as you know, the Father only wants the gift of love for His Son.  That’s the perfect gift, and it is one each of us—human or angel can give. The Shepherds gave the Christ Child their heart that night.


One reason I enjoy the shepherd’s part so much is that they didn’t allow insecurity to interfere with their opportunity. They worried not about inferior clothing, lack of funds, absence of education and prominence. Ignoring human prejudice, they went to Bethlehem. I wish you could hear them right now talking about that glorious night—even though they have resided in The Heavenlies for many earth years, they never tire of telling the story. Do humans take the story for granted? I hope not.
Well, Gay, I must go.  We have a huge birthday celebration planned, and I don’t want to miss it. Chef Andrew has prepared many treats. I'm having the coconut cake. 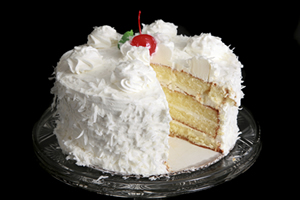 ﻿
All residents of The Heavenlies wish a blessed Christmas and Holy Days for each of you. I’ll return to your wonderful planet in the year numbered 2016. On my next assignment, I’m to help a young woman with a make-over. This should be exciting. You know how much I love to appear in disguises and wear beautiful clothes. Never mind if I cause havoc in the process, I still enjoy wearing colorful clothes and shoes.

Do you think I can learn to walk in stilettos this trip? I enjoyed helping Mackenzie this past year choosing a prom dress. She looked gorgeous, but creating a romance for her mom turned out to be interesting.  I goofed up a lot, but then, what’s new in that department?


Enjoy Christmas.  We are thinking of every one of you up here in The Heavenlies!
Love to all,