Sunday morning, June 28, about eight o’clock, we said goodbye to the family, left Marshall and Headed west on I 20.  The picture below was made at our Saturday night dinner. 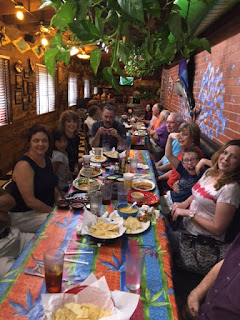 My sister and family agreed to miss church and provide lunch for us. We loved her new house in Grand Prairie. I failed to make a picture, so one from a few months back will have to do. 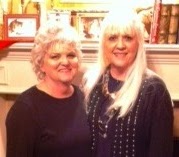 After an hour or so, we headed west on I 20 again—this time our destination was Ruidoso, New Mexico. If you haven’t driven through west Texas, you’ll see miles and miles of brown dirt sprinkled with oil wells. A few areas boast thousands of windmills. These sections afford the perfect time to read or listen to an audio book. Be sure you have gasoline, water, and a few snacks. Civilization isn’t always close. Some expanses have no cell phone availability.


I found myself daydreaming ideas for my next Sarah book. Perhaps the Superiors will send her to help a stranded female traveler. That would be a hoot. Sarah is constantly lost and can’t read maps. Her only hope would be to locate a man for her. But out there?  Many of the nomads I saw were of the four legged kind. At Big Spring, TX, we left the interstate and headed northwest on Hwy 87 to Brownfield.

﻿
About six o’clock, we arrived in Brownfield, our planned place to sleep for the night.  We were ready to eat again and relax. Why is it on road trips I get hungrier than I do at home? I do nothing but sit in the car. We’d traveled about six hundred miles and Paul drove the entire way.


After we checked in, we heard the bad news. On Sunday, all the major restaurants close at three o’clock.  Whaat?  In a town of nine thousand people? The lady kidded, right? Nope, she pointed out two fast food places.


After giving thanks for two pieces of greasy fish, we explored the town. Why not visit the evening services of a large church? The church seemed to be one of the few attractions open and we are church people. Even though we were dressed in shorts, surely the congregation would understand we’d just arrived after a hard day of travel.  We started into the building as the people exited. No one spoke. Several gazed at us with odd expressions. They seemed to say, “Wonder who they are. Why are they in shorts? Why are you late?” We stopped a lone man and discovered their service started at five o’clock. He graciously recapped the sermon for us. The preacher told this group of white hairs they should be careful what they said on social media. Huh? I doubt many of the ones we saw plodding to cars on walkers knew what he was talking about. 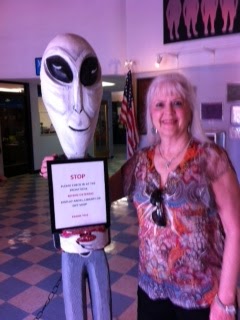 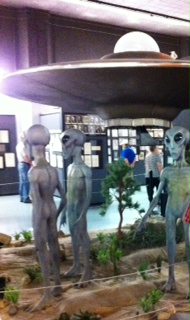 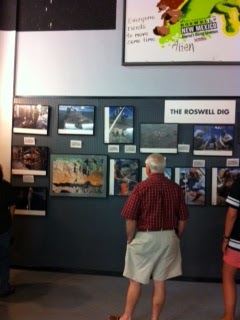 ﻿
I enjoyed the museum. Paul isn't one for tarrying long in such places. I like to read everything. An author gave a talk and I wanted to buy the book. I may do it yet.

Do you suppose Sarah would enjoy finding a mate for an alien from another planet?  Hmmmm. Something to think about.

Sarah found a partner for Carolyn Baker on a cruise ship. And she had to do it while fighting an evil spirit.  Merciful heavens!  Maybe she should try a new planet in the cosmos. What do you think? But right now, please read her latest adventure. 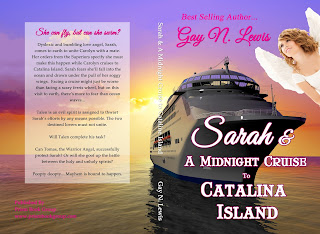