I've been away from home for a few days, and you probably wonder if I ever returned to Texas. I did, but I wanted to share a few more details about our trip to New Mexico.

If you haven't experienced the Inn of the Mountain Gods near Ruidoso, NM, you've missed a treat. 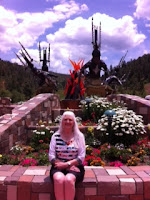 ﻿
The views are incredible. The Mescalero Apache band own it and the resort/casino sets amidst a reservation of 463,000 acres of land. President Ulysses S. Grant originally established land for the tribe in Fort Stanton, NM. In 1883, they were moved to the present site.

At that date, the Apaches had dwindled to a small number. We were told by an Mescalero hotel official that the government thought they would eventually become extinct on the land. They survived by hunting antelope and deer in the mountains—killing only what they needed. Wild plants, nuts, berries, and seeds provided extra nourishment.

Today, three sub-tribes make up the Apaches: Mescalero, Lipan and Chiricahua. Among the famous warriors and chiefs, you'll hear names like Geronimo and Cochise. I love the quote on the back of the history pamphlet we found at the resort.


"There is one God looking down on us all. We are all the children of one God.
The sun, the darkness, the winds are all listening to what we have to say."
For more information and beautiful vistas, here's their website.  http://mescaleroapachetribe.com/
The second night we were there, we ate at Wendell's, a restaurant named after the famed leader who aided the tribe lift from tar-paper shack poverty. He was president of the tribe for over thirty years. 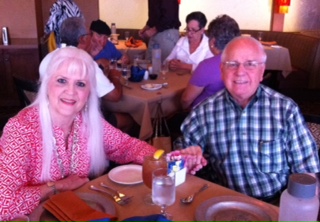 ﻿
The food was good. I started with crab bisque, then had fillet with vegetables. Paul began with salad, then fillet and au gratin potatoes. I couldn't take a picture of the view...they draw shades in the evening due to the bright sun streaming though the floor to ceiling windows. We tried to wait until dark, but we were too hungry. Texas time is an hour later.
A day or so later, Paul played golf on the manicured course. 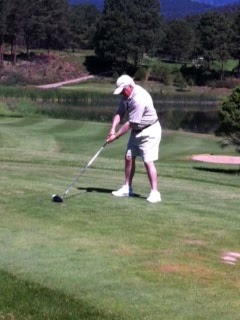 I drove the cart, and that was a lot of fun. I drive this little car better than I do my bigger one in Houston.
﻿ 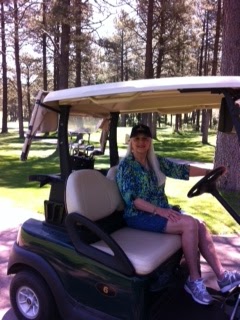 Paul was happy I didn't drive us into the lake. 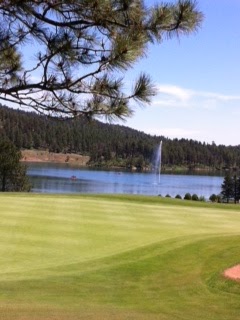 Have you read Sarah's adventures with a car? Angels don't need vehicles in The Heavenlies, and while on earth, she attempted to operate one. Oh my!  The attempt proved disastrous... and hilarious. 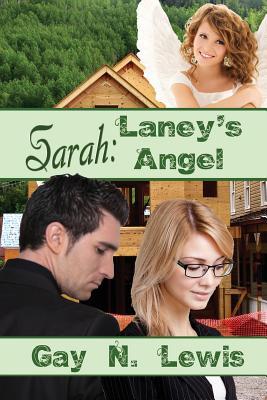 3.99 on Amazon
My next blog, I'll tell you about the fireworks at the Inn of the Mountain Gods. The event is billed as the largest display in New Mexico and takes place on July 2. The thing was unbelievable. And after I tell you about the event and show pictures of it, I'll talk about the wreck we had on the way home.
I DIDN'T CAUSE IT~~~!!!
Tune in to hear all about it.﻿
﻿
Posted by Gay N Lewis