Why I’m Proud of My Freedom

Recently my pastor’s wife, Gay Lewis, reminded us at the end of Sunday School how lucky we are to have our freedom and to pray for those that don’t. 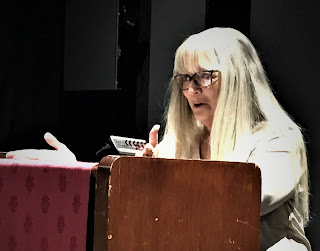 Dee Breedlove James speaking at church
It took me back several years to when I worked in the middle east. I worked in Doha, Qatar, Abu Dhabi, Dubai and Basra, Iraq. For me, probably the worst was Doha because I lived in town and was free to go wherever I wanted.

But being an American had its limitations, especially if you wanted to worship. There was no Baptist Church (it was mainly 7th day Adventists, Catholics, and Jehovah Witness). We got one day off a week, Friday, and that’s the only day you could attend a church. And the churches were about 45 minutes from my apartment in the worst section of town, the industrial portion. The churches were small, with no outside decorations. We were not allowed to have Bible study in a group or in our apartment, we would face jail time if caught practicing our faith. I couldn’t even bring my bible into country. If found in my suitcase at the airport (and they did x-ray all incoming bags) it would either be thrown away or I would be thrown in jail.  The same if they found anything alcohol in our bags. I shared a car, as did most of the expats working for Fluor. I was scared driving (we took turns) because if you were in a wreck with a local, it was always your fault, no matter what. If was bad and the local wanted to press charges, you would be thrown in jail. We weren’t allowed to hang a cross or have anything Christian in our cars, you would be arrested if seen.

My first Christmas I got to come back home to Houston, and my best friend gave me a good bottle of Champagne. Not thinking, I put it in my suitcase. When my bag was x-rayed (I had forgotten the Champagne) they saw the bottle shape and stopped me. Fearful of going to jail I luckily had shampoo and conditioner bottles in my bag that I was able to convince them was the shape they saw (I had the champagne wrapped and hidden well) They wouldn’t dig far in our bags if we were female and had “undergarments” on top they could see—it was against their religion. So, I was let through but I never tried that again I was so frightened! I had learned my lesson.

Locals were not allowed to drink alcohol or they faced flogging or jail time. The only liquor allowed was in the hotel bars, there were no stand alone bars. Expats were allowed to visit the ONE liquor store but you were allotted only so much per month depending on your salary. The only time you could have liquor in your vehicle was transporting from the store to your house/apartment.

During Ramadan (the holy month for Muslims) the police would be out in force. If you were not covered well enough (for a local, it meant your shoulders and knees) you either covered up with what you had with you, to their approval, or you faced jail time. You could not even chew gum out in public, again you faced jail time. 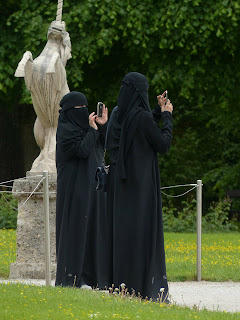 Needless to say, it was a strict environment and I towed the line as I had heard about the jails and there was no way I wanted to be thrown in there!

I worked in Abu Dhabi and Dubai, UAE but lived in a hotel and didn’t have much opportunity to be out. We weren’t even told where the churches were much less when we could worship. All the same rules apply.

I worked in Basra, Iraq for several years but lived in a Mancamp (the old Army DS6 camp) which was several miles (about 30-40) outside the main town of Basra. We were not allowed to leave the camp for any reason due to security issues. ISIS was in full force while I was there and due to threats for our safety, we had to evacuate several times. I was the only woman with about 400 men. Some were locals and most were very nice to me. There were a few who actually had conversations with me and wanted to tell me of their Muslim religion and asked me about God and Jesus. I appreciated their conversations; it was the only time I could speak about my religion.

I was usually the only expat woman at the local airport and stood out like a sore thumb! The other women (which were few) were locals and were fully covered. But they never said anything to me about showing my hair. I was usually dressed in jeans, work shirt and steel toe boots. Your suitcase was usually opened and gone through to make sure you had no contraband but being as there was no female security I was pushed through. No guard wanted to open my suitcase and chance seeing my “privates”  (lingerie) After a year they finally hired some women who would pat me down excessively! It was a strict environment but it wasn’t noticed much because we couldn’t go into town.

Note from Gay: An Expat is anyone non local.

Supposedly the area we were in was the location of the Garden of Eden. And the “tree of life” was on our location. The tree was cordoned off and had wire around it and you were not to touch.

After living in such a strict environment for so long you can understand why I wanted to kiss the ground when I came home. It really makes you appreciate the freedoms we have here. I for one took it for granted until those rights were taken away from me.