A motivation I have is to plan a 2020 vacation. And diet. Weight loss is always on the daily agenda, but I won't diet while on vacation.

At this moment, we, hubby and I, are looking into an Amtrak train trip to New Orleans. 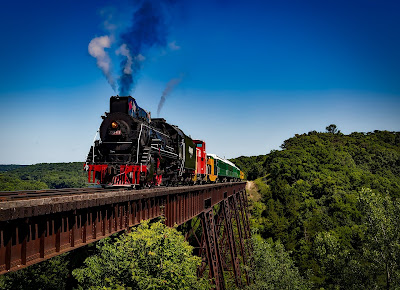 Have you ridden a train?  I have. Many times.
One similar to the picture above.

As a child growing up in Irving, TX, we caught the train to Dallas to go shopping. It was quite fun. I also rode one with my mom to Alabama, but I've never been on Amtrak.

From Houston to New Orleans via Amtrak is an 8 hour trip. We'll stay a few days and return. We've been to NOLA often, but we haven't been lately. The food is amazing, and I want to tour the WWII museum.

When we go, I'll take pictures and post them on this blog. Many of you enjoyed my posts from the California trip.  Here's a link if you want to check it out. https://gaynlewis.blogspot.com/search?q=California

I love travel. After my dad died, I took a cruise all by myself. I few from Houston to Los Angeles and boarded a ship headed to Ensenada, Mexico. An excursion was planned for Catalina Island. Many of the adventures I experienced on that trip appear in my book, Sarah and the Midnight Cruise to Catalina Island.

Someone asked me recently if I had a book featuring travel and romance. Yes! I do. It's also filled with humor. 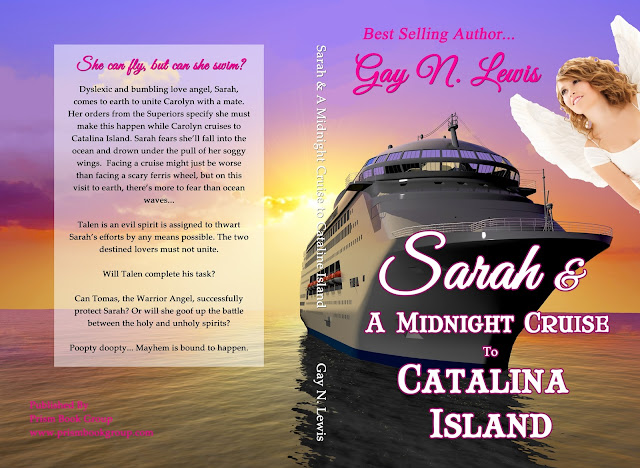 On Amazon, EBook and Print

Sarah and a Midnight Cruise to Catalina is written by Gay N. Lewis. This Christian based fiction book is a well-written story about two angels sent down to Earth on a voyage by way of a cruise to Catalina Island, focusing on the same target but with different expected outcomes. One angel (Sarah/Hope) is the real angel. The other angel is the evil minion, Talen. An angel named Gabriella and Mother Goodness also make an appearance. Sarah and the evil minion's charge is to find the right man for a virgin named Carolyn. When both transform from angels into human form, it's hard to tell the good angel from the evil angel. Both angels engage in many hilarious and devious shenanigans.

Sarah and a Midnight Cruise to Catalina by Gay N. Lewis is a captivating story about the role of an angel, using human behavior which keeps the reader laughing. The author uses southern slang when the heavenly angel transforms into a human disguise to depict humor and identify with the characters. It is hard to put the book down from anticipating what the two angels will do next to achieve their individual goals. The book is written as a self-help book with an impressive entertaining twist and motivational quotes from the Bible. Most people's image of an angel differs widely from Sarah. Sarah's character was being tested by her superior beings who had oversight over her moment by moment escapades. Sarah even experienced adverse symptoms from eating and taking certain kind of medicines. The storyline with the red shoes is alone worth reading the book - just hilarious.

Here's what I wrote about the book.

Carolyn, the heroine in the book, takes a cruise alone in August. The ship docks on Catalina Island, and she explores the area. I actually did that! All by myself. Many of the incidents in the book happened to me. My luggage got lost. I went to Los Angeles to catch the ship, the luggage went to Dallas. Carolyn's dad had just died. Mine had too--three weeks prior to the cruise. The cruise proved a healing experience. The small cabin was organized and orderly. My life was not. Others cooked, cleaned, and presented refreshing, soothing moments of escape. I didn't meet a handsome stranger who kissed me at midnight, and I didn't have a haphazard angel helping me, but I suspect a kind angel was near at all times. An experienced angel who helped me overcome grief. In this book, Sarah helps in a chaotic way, but she gets the job done, and she makes one smile as she does it.

I think you'll like it.  Let me know!
Posted by Gay N Lewis