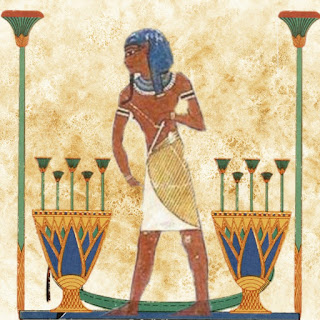 But Joseph said to them, "Don't be afraid, Am I in the place of God? You intended to harm me, but God intended it for good to accompliah what is not being done, the saving of many lives. --Gen: 50:20  NIV

The story of Joseph is amazing. The narrative tells how the brothers of a 17 year old sold him into Egyptian slavery. But get this. Josepth rose to be the second-in-command in all of Egypt.

Joseph's brothers came to Egypt to buy food. They may have scrutinized the slave labor in the fields as they passed on their way to Pharough's Manager. Could one of those poor slaves be our brother? They'd had over twenty years to feel guilty and keep secrets. They'd lied to their dad. They'd watched their father, Jacob grieve over Joseph's death. Their sin ate at them daily.

When they arrived, Joseph recognized them, but they didn't recognize him. He looked and spoke Egyptian and had been gone for two decades or so.

After several encounters, Joseph told them he was the long-lost brother they'd sold.

Can you imagine how they felt? Terrified is not an adequate word to describe their emotions.

Joseph reassured them all was well and forgiven, and he did so several times. He'd exonerated them. They'd planned the original evil, but God was in charge. He allowed evil to take place for the greater good. God used Satan to bring about His ultimate goal: The Nation of Israel.

Okay, here's the deal. God allows Satan to bring bad stuff to us, but keep the faith...like Joseph did. Time means nothing to God. He knows the past, present and future.  You may have a roller coaster ride, Joseph certainly did, but God goes along with you in the ups and downs.

I hear someone saying, "You mean God can use my sin? No way!"

Yes, He can use anthing! Nothing is too hard for Him. Not even your sin.  The greater your sin, the greater you understand and appreciate His mercy and love.