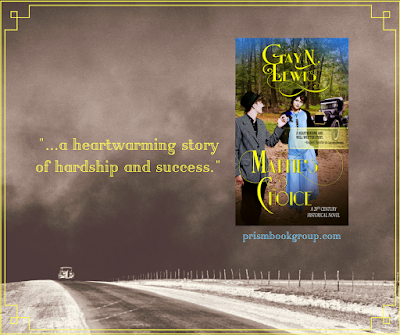 This is what a reader tried to post on Amazon as a review for Mattie's Choice.  Amazon wouldn't post it. They told the reader it was too personal, so she had to rewrite something more generic.

"Tough subject matter that really made me think. We all have a freind who is so strong in their convictions that they cometimes seem stubborn. Mattie is such a person, strong in her committment to her marriage vows, even when that meant eduring an abusive relationship. The character of Mattie was so well crafted I had to know she would rise above her cirumstances and survive. And she did.Set in the early 1900s, the descriptions were perfect for the time. I found myself thinking of the story and Mattie for quite a while after I finished."

I wonder what Amazon found wrong with this review? Personal? Doesn't seem so to me.