Stop, Go, Get a Ticket 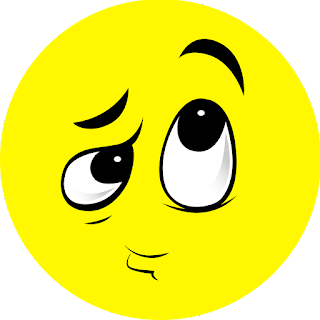 Not to brag or anything, but I can forget what I'm doing while I'm doing it.-http://coolfunnyquotes.com

Have you ever had a scatter-brained moment?

I have them too frequently. Take last Sunday morning for example. I was late for church. It seemed one unexpected thing after another prevented me from leaving home on time to get there.

Now mind you, I make this route to church often, so what I'm about to tell you makes no sense to me.

I stopped at a red light. I've waited for this same light to turn green many times. 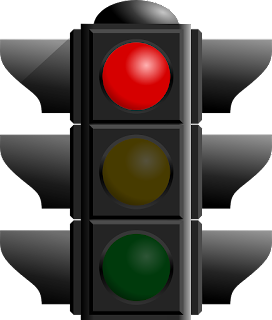 I was east bound. North bound traffic to my right was also stopped. Many cars were waiting behind me and beside me. No cars waited on the south bound side.

The light didn't change. What was up with that?

Being the leader that I am, I decided the stop light malfunctioned and I should go on through it. So I did. 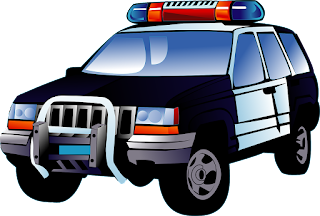 Guess who was right behind me?

Yep! He turned on his lights and pulled me over.

Officer: "Miss, you ran that red light."
Me:  "Well, I stopped first. I thought the light wasn't working. It stayed red a long time."
Officer: "The light was green for the south bound traffic."
Me:  "There was no traffic there."
Officer:  "They were on-coming. You could have been broad-sided."

The officer tried to explain the flow of traffic in his professional, gobbled-gook, textbook format. Since directions mean nothing to me, his explanation didn't make sense.

When I returned from church, I drove the route from the other side. In other words, I headed north and turned west at the light. After seeing what he spoke about, I understood.

He gave me a ticket and now I must appear in court. Oh joy!

What did I learn from this experience?

1.  Don't be the lead car at a malfunctioning stop light. The light might be working and your brain isn't.

2.  God protected me as I made a foolish mistake.

4.  I need to take defensive driving.

5. Pray harder for a good brain.

As with the angel in my Sarah Series, I have no sense of direction. I know I was headed east on that fateful Sunday because I live  east of Houston, and I traveled toward Houston. The Katy Freeway runs east and west. That's the extent of my maneuerving knowledge.

I reread one of my books yesterday. Sarah and the Widow's Mate. 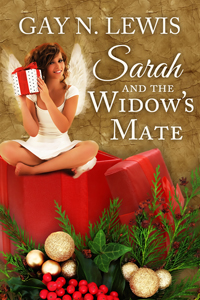 I wrote it several years ago and I decided to see what my writing was like back then. I'd forgotten some of the incidents in the book and the research I'd done for this story.  At the end of the book, Beth Marsh, the heroine, tells someone, "In the words of my famous friend, 'you're fired.'"

When I wrote that book, I had no idea that famous friend would one day be President of the United States. Weird, right?  I never watched "The Apprentice," but that phrase was a familar one on the show.

Sarah, the haphazard angel, befriends Beth as suiters date her. Beth doesn't know if the men in her life want her or the money she has accumulated. Neither does Sarah, but Sarah is determined to help.

Sarah wanders around Houston as she assists Beth, always lost.

Gay N. Lewis! That's who.  I'm grateful God watches over me.  I also wish I didn't have to appear in court and pay a fine, but at least I'm here to be there.