We left Lake Tahoe after an early breakfast. Bags had to be ready at the door by 7:00 AM. Our director, Linda Perez, stressed the words, Bags At The Door. She told us about one lady on previous trip who'd hidden her luggage behind the dresser.

Thanks to Linda's word of caution, the attendants found everyone's gear where it was supposed to be. At the door. We all hopped on board the coach by 8:00 and headed to Yosemite National Park. We learned we'd be traveling over the Tioga Pass. Linda said the pass had amazing views. And wow, did they ever! Aaron, our bus driver was awesome. He navigated the winding road with expertise. Some of the views were straight down. They were real cliff hangers. At least they seemed that way to me. I confess I closed my eyes a couple of times. One slip of the wheel, and look out below! One big bus headed down. But with Aaron at the wheel, all was well. We could relax and enjoy the ride. No roller coasters here. 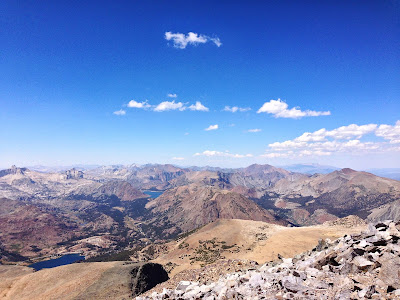 We were able to pull off in a few spots for photos. 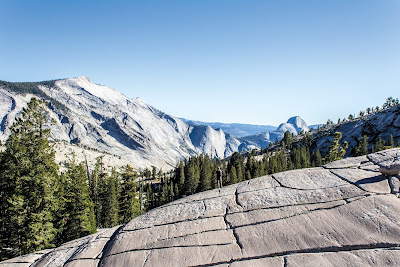 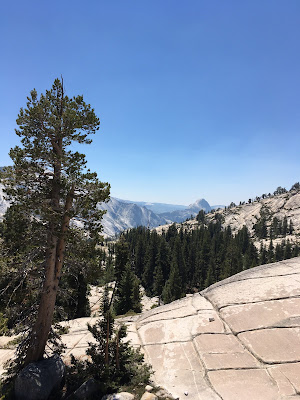 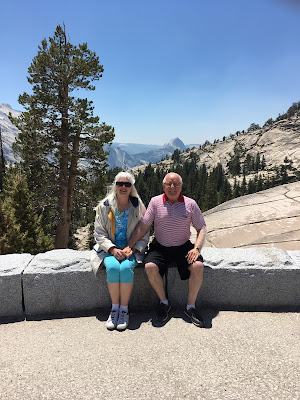 Paul and Gay at Tioga Pass

Tioga Pass experiences mass amounts of snow and closes in winter. Linda, our director, says it just recently opened! Some years it stays closed in July, but this date, July 18, we found it accessible.

Linda told us we'd eat lunch "on the fly," so we stopped at a fast food place and bought snacks. We were all eager to get to Yosemite. Of course we had no idea we were heading into a fire.
We missed that memo! There are some things you just can't predict or know. No matter the amount of planning. As we drove near the Yosemite National Park, we noticed a plume of smoke in the distance ahead. I heard someone say, "I hope someone knows about that fire."

A fire had started in Mariposa, California. Mariposa is a small county seat town with a population of about 2,000. Mariposa County includes much of Yosemite National Park. We had no idea what awaited us as we spent the afternoon amidst smoke and falling cinders. The evening had unexpected twists and turns.

Have you ever had to find your luggage in total darkness?

I learned something. I'm packing flashlights and battery operated candles for future travels.

Stay tuned! More of this adventure to come!