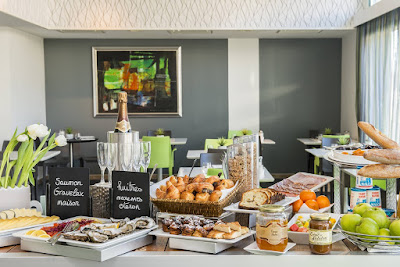 After a huge breakfast, and I mean huge, we boarded the coach to tour wine country. It's super nice to have someone pick up your luggage and place it on the bus. With tummy's full, carting those bags around would be a challenge. Glad we didn't need to do that.

This was the third day on our "Northern California's Finest Tour." Sunday, July 16 dawned with blue skies. This time we crossed the Golden Gate Bridge. The fog kept us from seeing it on the San Francisco side the day before, but this day it showed up in it's entire majestic splendor. The whole thing was visible! 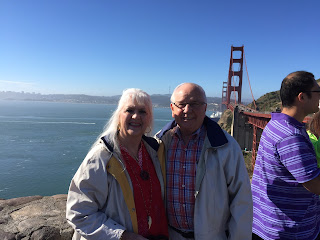 Here we are. Two Texans, enjoying the cool temp. We don't have July mornings in Houston that require jackets.  Our group was a bunch of lucky, happy people to cross the famous landmark on a sunny, lovely day. We stopped for a photo stop in Sausalito, a city located on the other side. 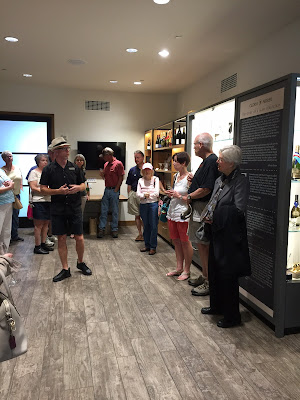 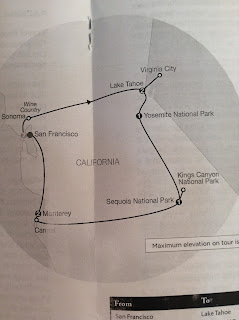 We boarded the coach for Virginia City, the trolley tour, and the historic mine tour. Here's a map of our tour. As you can see, we started in San Francisco, went to Sonoma, Lake Tahoe and Virginia City.

Virginia City has kept an antiquated look. That's smart of city planners. It makes it more fun for tourists to go back in time and imagine how people lived in the Virginia City silver mining boom. We bought a few silver trinkets here. Remember the TV show Bonanza? The Cartwright were supposed to have a huge ranch, the Ponderosa in Nevada. The fictions ranch was near Virginia City. 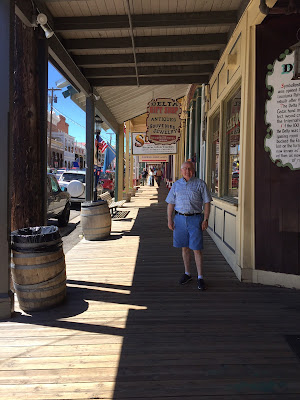 I didn't think I'd like Virginia City, but it was fun! 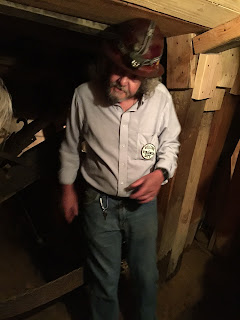 This "old" miner took us down into a silver mine. We walked down in the back of an old saloon. The saloon still sells drinks. When the miner is not giving tours, he serves as bartender. He chained the door so no one could come in while we were below in the mine.

The main street isn't long. Hills once filled with silver surround the town. 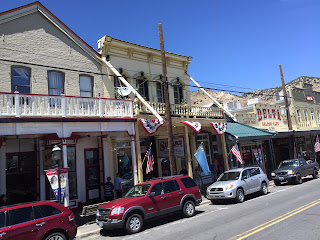 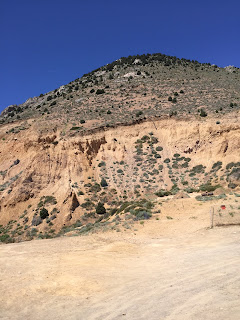 You'll see mining hills like this one around the town. 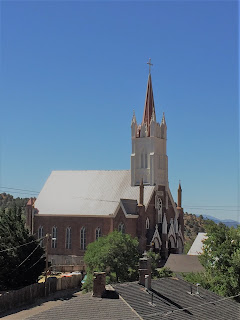 Virginia City had brothels for the miners, but this pretty church existed too. I hope more residents went here rather than the saloons and brothels!

The trip took us past beautiful lakes and mountains as we headed back for a boat ride on Lake Tahoe. 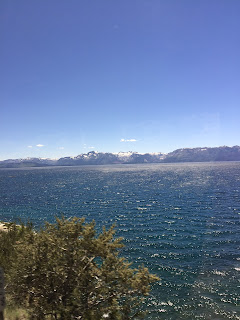 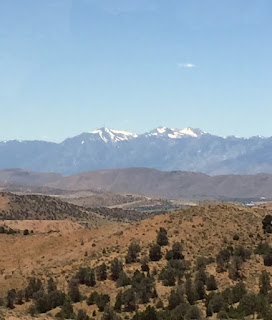 Arriving back at Lake Tahoe, we boarded a boat similar to this one to take us across the lake. 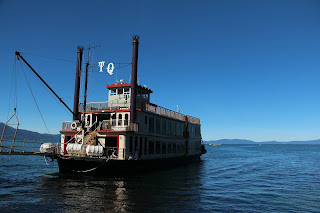 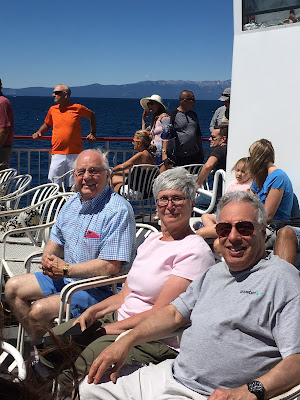 Rick and Carole Steer and Paul.


Rick handed us sunscreen lotion. He's a nice, generous, sharing guy. Paul swiped only his forehead with the stuff. He soon had one white area above his brows amidst all the red on his hairless head. Carole stole Rick's cap. She took it off for the picture. Rick and I were the only two logical people in this group of four.