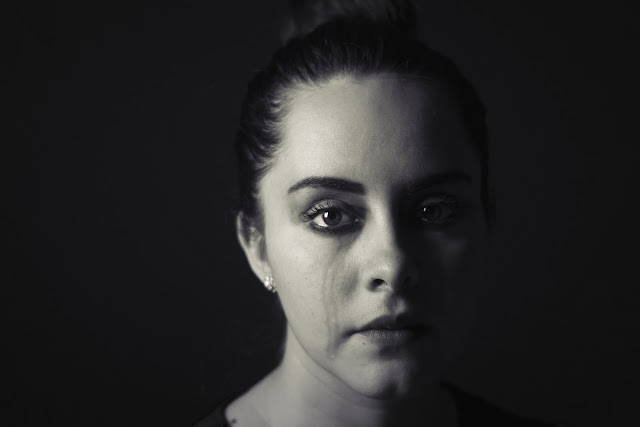 Have you read about the women in the Bible who were thrown away?  They were discarded. Treated worse than trash.

These women had little value to the men in their lives. They were used for sex, and the examples below are horrifying.

Remember Lot? The one whose wife turned to a pillar of salt? God got tired of the city of Sodom’s evil ways, so he sent to angels to destroy it. Lot invited the angels to stay overnight in his house. During the night, the entire male population of Sodom surrounded Lot’s home and demanded the two men be brought outside. The male citizens of Sodom wanted to have sex with the new men. Lot refused, but offered his two virgin daughters instead!  He told the mob, “You can do what you like with them, but don’t do anything to these men. They are under the protection of my roof.” Genesis 19.

And the daughters weren’t under his protection? Lot was willing to throw away his daughters! Lot was a faulty thinker and isn’t eligible to win any Father of the Year award.

How about the story of the Levite and his concubine?

This Levite was lonely up there in the Ephraim hill country and acquired a concubine. He must not have been a very good companion because the concubine was unfaithful. She finally ran away and went home to her father in Bethlehem. After four lonely months, the Levite went after her. The Concubine’s father persuaded the desperate-for-sex Levite to spend the night. After spending five days and nights there, the Levite wanted to take his concubine and head for the hills. The girl’s father pleaded for him to stay, but the man took his concubine and left. (I’m guessing the dad knew something of the Levites character. He may have been protecting his daughter.) When night came, the Levite stopped in the town of Gibeath and was in need of shelter. A local man invited him and the concubine to stay in his house. Sometime in the night, men of the city knocked on the door and demanded the host bring out the man. They wanted to have sex with him but instead, the host offered his virgin daughter. (Another nomination for Dad of the Year. NOT.) The wicked male horde preferred the Levite, so in-order-to protect himself, the Levite threw his concubine out the door.

The wicked men abused her all night and left her for dead on the doorstep. The Levite put her on his donkey, returned home, and then cut up her body into twelve pieces. He sent the pieces to each of the twelve tribes asking them to partake in revenge. A war ensues. Judges 19. The early Israelites “did what was right in their own eyes.” Judges 21:25.

These two ghoulish incidents, Lot, and the Levite, demonstrate how women were often thought of as nothing in the early days of civilization. Except for the concubine’s dad, the other fathers had little regard for their daughters. Can you imagine offering your virgin daughter to appease a horde of men?

Jesus elevated women when He came to live on Earth, but there are many today who continue to abuse women. Sometimes the abuser is a dad, a husband, a boss, or a human trafficker.

Women are thrown away in today’s world. Abuse of women is now considered a crime instead of sin. But indeed, they are both: Crime and sin. When humanity ignores civil and moral laws, Godless actions happen.

My heart hurts for the abused woman. I’m sad for the women who are abducted into sex slavery by a human trafficker.  Laws exist for a reason, but they get ignored. Officers of the law also exist for a reason, but anarchy occurs in many American places. Folks, people need to give accountability to God. We need to honor our national laws. We can’t and shouldn’t allow ungodly incidents to occur, and we shouldn't let women be abused or thrown away.