How Dare You Call Me a Racist, and No! You Don't Know Me. I try not to involve myself in political posts on Facebook or Twitter. I participated in a few several months back, and boy! Was that gruesome! I was surprised at the names people called me. I would never issue insults to anyone, but I sure received them.

And guess what?  The insults that shocked and hurt the most were from relatives!

A distant family member tore into me big time and accused me of being a racist because I supported the opposite political party.

I have friends of all colors, nationalities, and religions. Most of the people in our church speak two languages, and some were born in other countries. We are all friends, and we love each other.

It's impossible to defend oneself against a person who is intent on believing the worst of you.

I attempted to answer with kind comments. "A gentle answer turns away wrath, but a harsh word stirs up anger."  Proverbs 15:1.  I suggested to the insulting family member that she read my book, Family Secrets. Although fictional, The book would clue her into my thoughts and beliefs.

She replied, "I don't have to read your book to know what you are." This woman has never been in my home or my church. We've never had a conversation in person or on the phone. As I said, we're distant relatives. Very distant. We've merely participated in a few Facebook posts.

I wrote back, "I'm sad you misunderstand me."  I left the comment up for about 15 minutes and then deleted the entire thread. I stay off Facebook a lot these days.

I have friends who believe differently than me politically, but we don't attack each other.
When folks bully me, I get irritated.
I try not to be discourteous.
And I'm downright, doubly-sure I'm not a racist.
Folks, be careful. It's too easy to assume the worst of people. And it sure is easy to be unkind. 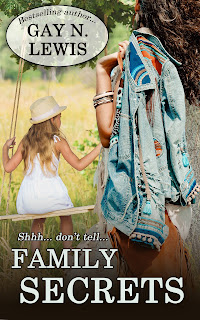