I'm signing a new contract!  This is a red letter day for me. 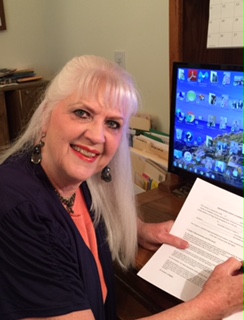 Choices is the first full length fiction book I've ever penned. Prism Book Group has been considering contracting it for some time. I'm thrilled to say they decided to do it.  When I became an author with PBG, the company only published romance. My little klutzy angel, Sarah, fit perfectly into the romance genre.

PBG is a fast growing company and has branched out since I began with Sarah. Women's Fiction and other genres are now included.

Choices is Women's Fiction.  The book is historical and I've been told that it is a thought provoking and gripping tale. The novel tells the story of two women who married abusive brothers and the choices each made to survive.

Physical and emotional abuse is prevalent, and I hope this book helps many (men, women, and children) understand they have choices. More exist today than they did for Mattie and Ella in the early 1900's.

I'm about to send the book in for the editing process, but I'll give you a sample of the unedited version. I know my editor will tweak it and the scene will come out stronger. Those editors do an amazing job.

The year is 1925. Seventeen year old Mattie has eloped with Jesse. Her twin brother stops by her tiny house to have a chat. Jesse returns home and Mattie discovers her groom's true nature.

“Well, isn’t this a cozy scene? What are you doing here, Maury?’ Jesse spoke loud enough for the neighbors to hear.


“Gee whiz. Don’t have kittens. I just dropped by to see how the newlyweds are doing.”


“We’re doing just fine. Don’t you have something to do, or some place you need to be?” Jesse placed hands on a vacant chair as he glared at Maury.


“As a matter of fact, I do.” Maury rose from the chair and moved to the cupboard where Mattie stood.


“Bye Sis. Thanks for the invitation to dinner. Maybe another time.” After a quick hug, he turned and left.


When Maury reached a safe distance—out of hearing range, Mattie turned to Jesse. “I invited him to eat with us. Why did you run him off?”


“He is a man. I will not have him coming here and talking to you.”


“What? I don’t understand. It won’t hurt anybody for him to visit with me.”


Jesse closed the short distance between them and bent to her eyelevel. Mattie’s knees grew weak as he trapped her against the cupboard. Her heart raced with the speed of a cheetah. Why did Jesse appear so angry? If only she could step aside, but she found no place to move in the little kitchen.


“No more, you understand? You will not see or speak to that brother of yours again. I don’t like him and he doesn’t like me.”


Her eyes stung as if a cold wind had suddenly whooshed into her face. She’d never seen Jesse like this. He’d been emotionless the time he threatened to break up with her and go to Alice. Where did this fury come from? She placed a trembling hand over her chest. He’d been her handsome knight in shining armor, but now his face had contorted into the look of a devil.


“You can’t mean what you are saying. Not seeing or speaking to Maury would kill me.”


Jesse raised his right hand and slapped her hard across the cheek.


“You’re my wife. You will do what I say. You're forbidden to talk to him anymore. My wife will not talk or be seen with any man ever again. A few seconds ago you said you didn't understand me, do you now?"


Mattie’s eyes widened. Jesse had hit her. He had shouted at her. She wanted to reach up and touch the smarting cheek but she didn’t. Her body shuddered as Jesse bent down once more to stand nose to nose with her. His fiery eyes would deliver the fear of Satan to a preacher.


Jesse straightened to his full height. The ten inches separating them made Mattie feel as though she were a puny nothing.


Jesse took one stride to the table and sat down.


“When will dinner be ready? I don’t have long. If you hadn’t been so busy talking to that infernal brother of yours, you would’ve had your work done.”


Mattie twisted back to the cabinet and continued with food preparation. She willed her hands to stay away from her stinging face.


Thankful she had peeled and fried the potatoes earlier that morning, she merely needed to reheat them. Placing the biscuits into the hot oven, she removed the black cast iron skillet from its hook on the wall and made milk gravy.


Jesse filled his plate as soon as she set the food on the table. Mattie watched him for a few minutes and then sat down. With hands clinched in her lap, she stared at her empty plate.


Jesse ate in silence, drank a glass of buttermilk, got up from the table and studied her. “I mean it, Mattie. You’re married to me now. I am the only man in your life. If you fancy anything, ask me. If you want to go someplace, get my permission. If you notion a gossip with somebody, do it with me. I’m your husband. What I say goes. Do you have enough sense to grasp what I'm saying?”


Mattie didn’t trust her voice to speak. She nodded.


When the screen door slammed shut behind him, she pushed the plate aside and rested her head on folded arms.


The sobs came with the ferocity of a river breaking through a dam.