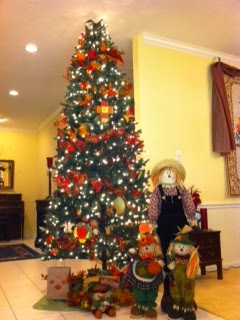 
Her hobby was decorating for each holiday.  She kept two huge trees up all year long—one in the living area and one in the master bedroom.


In a few days, I’ll show you my mantel and give ideas on how to group items together. A few weeks ago, I promised I’d show pictures of yard décor, but I don’t do Halloween, and I haven’t seen many local yards decorated with a Thanksgiving scene. I found one and it's well done. 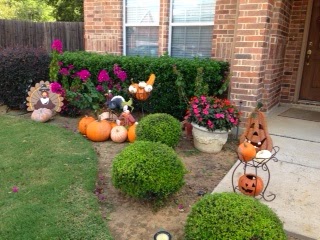 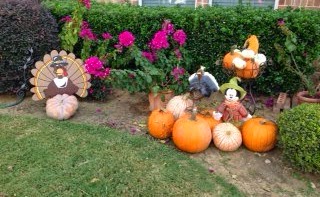 I recommend clusters in a number of shapes and sizes.
When possible, lift the items to vary the display. Plant stands with numerous heights make good lifters.
When I wrote Sarah: Laney’s Angel, I wrote from personal experiences.  However, designer Laney did not work with individuals. She attempted to build her design firm by working solely for a Houston builder. I enjoyed working with countless people who had countless styles.
Sarah: Laney’s Angel is the second book in the Sarah series, and it is now available on Amazon's Audible.