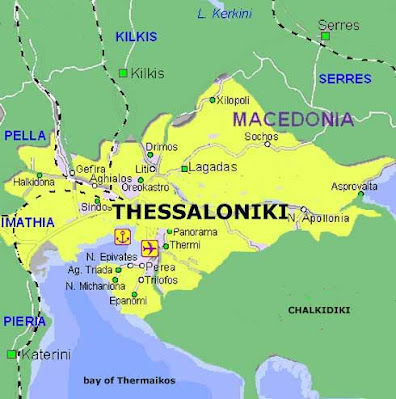 In preparation for my Sunday morning Bible study in 1 Thessalonians, I checked to see if the ancient city of Thessalonica still exists. It does, but it’s now called. Thessaloniki, and it is the second-largest city in northern Greece. The access to several waterways makes it a major trade route. The Danube, located to the north of Thessaloniki, is the second largest river in Europe. The Danube begins in Germany and empties into the Black Sea in Ukraine.

While I looked at the map, I was excited to see how close Thessaloniki is to Ukraine. The distance is about 688 nautical miles.

History has it that Apostle Andrew, brother to the Apostle Peter, traveled to the current Ukraine. Legend says he arrived in Kyiv around AD 55. The Apostle Andrew didn’t travel nautically, so it must have taken him months to get there. He preached as he went. The Radziwill Chronicle reports he built a cross and predicted a great Christian city would exist there. Stories of Andrew’s missionary visit grew extensive in history.

Hmmm. Is his journey legend or fact?

Andrew is known as one who was always bringing people to Jesus.

Jesus told his disciples to “go and make disciples of all nations…” Matthew 28:16-20. NIV

The 18th-century Church of St. Andrew is supposedly constructed where Andrew’s cross was located on the hill dominating the overlook to the city of Kyiv, and current Ukraine reports say about 60% of the country is Christian.

Ukraine is fighting for her life these days, but the tiny nation’s fight with Russia is one to make the history books. Putin, Russia’s president since 2012, wishes to make Ukraine a part of Russia once more. Russia is a Goliath to that little Ukraine, but no one can deny the mighty patriotism of the Ukrainians.

Peoples of the world are divided in thought about what to do with these global crises. No one wants WWIII. One of the students in my Bible study asked, “Why didn’t the president of Ukraine just sign the country over to Putin? None of the killing would have taken place?”

Would we in America want to sign away our nation? Our freedom?

I hope not. But then, these days, I’m not sure. It seems to me there are too many who welcome socialist policies.  Contemporary Americans have always known freedom and have no idea what living in a socialist or communist country entails.

Ukraine hasn’t always been free. Their citizens know the difference and are willing to die to keep what they had.

I hope the Apostle Andrew is the one who brought Christianity to Ukraine. He, or whoever did, will have many rewards for preaching the Gospel in distant lands.  I’m happy there are no tears in heaven. Andrew would be sad up there if he knew what was happening to the citizens of Ukraine. 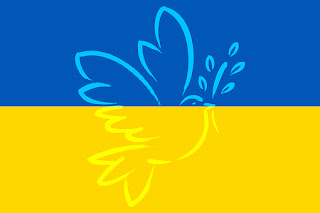